BREAKING: See How Many Years Doyin Okupe Will Spend In Prison After Being Found Guilty of Money Laundering


This comes after he was found guilty of breaching the Money Laundering Act. 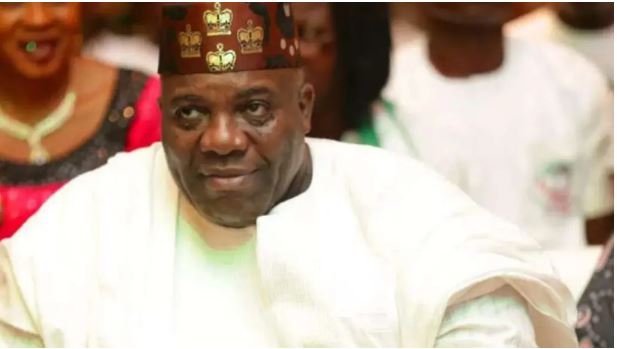 A Federal High Court in Abuja has ordered the Director-General of the Labour Party Presidential Campaign Council, Doyin Okupe to be imprisoned for two and half years.
This comes after he was found guilty of breaching the Money Laundering Act.
We had reported that Okupe was convicted of the offence on Monday by a Federal High Court in Abuja.
Justice Ijeoma Ojukwu presiding over the case on Monday found Okupe guilty of contravening sections 16(1)(2) of the Money Laundering Act and accepting cash in excess of the threshold allowed under the Act without going through a financial institution.
He was therefore sentenced to two years by Justice Ojuwku with an option of N500, 000 fine on each of the 26 count charge for which he was found guilty.
Details later….
Top Stories