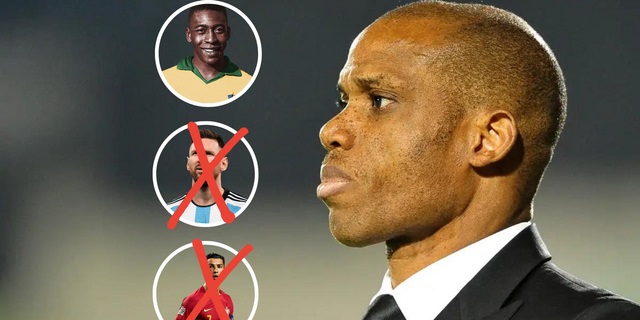 Former Super Eagles captain and coach, Sunday Oliseh has maintained that Pele is the greatest player of all time.
According to him, both Argentine playmaker Lionel Messi and Portuguese star Cristiano Ronaldo are not to be considered the greatest footballer to have ever played the game.
According to Oliseh, Brazil's hero Pele is the greatest of all time. Pele has won an incredible three FIFA World Cups during an illustrious playing career spanning two decades, and is also the inspiration behind many successful modern footballers.
Asked to name the greatest football player ever, Oliseh responded, “This is who everybody is getting inspiration from to excel in their football careers. His name is Pele.
“He is the greatest player of all time, G.O.A.T. You cannot win three world cups, and anybody will want to compete with you.
“I know people, especially the young ones, will not be happy with my choice, but those of us who are elderly can identify with him.”
Top Stories