The suspects who were arrested over crimes such as murder, vandalisation and illegal medical practice are Ebine Adeleke, Aderemi Okiki, Alhaji Magari and Rabiu Olalekan. 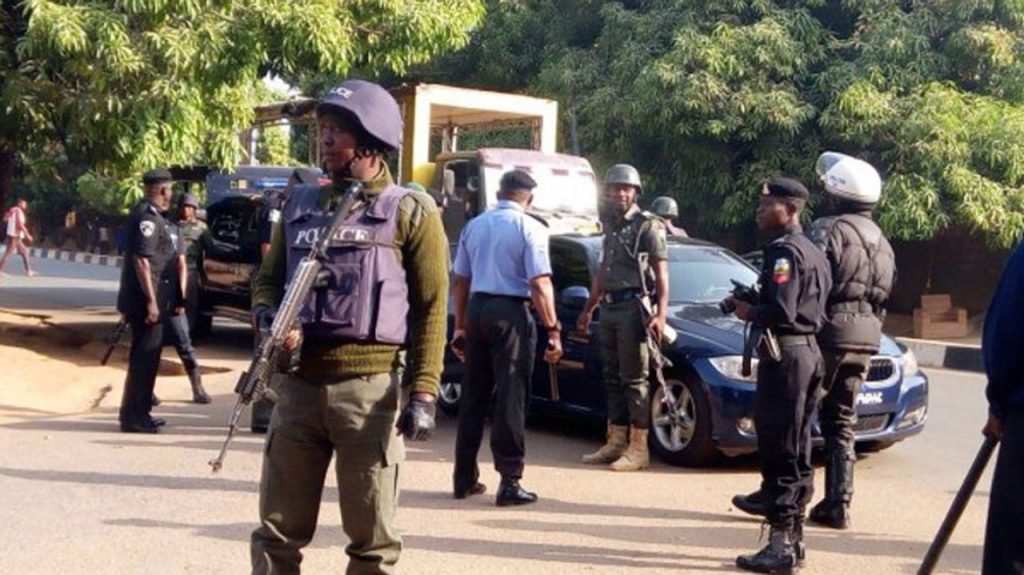 Four persons who are allegedly involving in some criminal activities in Ondo state, have been paraded by the Ondo State Police Command on Friday.

The suspects who were arrested over crimes such as murder, vandalisation and illegal medical practice are Ebine Adeleke, Aderemi Okiki, Alhaji Magari and Rabiu Olalekan.

Parading the suspects at the headquarters in Akure, the police Public Relations Officer, Funmilayo Odunlami, said one of the suspects, Rabiu Olalekan had been allegedly parading himself and working as a medical doctor in Odigbo Local Government Area of the state before he was arrested.

The PPRO said, “On December 20, 2022, one Rabiu Olalekan who has been parading himself as a Medical Doctor of Iremide Private Hospital, Orita Ojo, in Odigbo Local Government Area was arrested by team of Special Intervention Squad when a report of unprofessionalism was reported against him.

“The suspect carried out a caesarian surgery on a pregnant woman (name withheld) who was later rushed to Mother and Child Hospital due to excessive bleeding from her private part, it was discovered that the self-acclaimed doctor stitched the womb and the urinary tract together.

“During the investigation, it was discovered that the suspect is not a medical doctor but attended the School of Health Technology, Ijebu-Ode where he studied Community Health Extension Worker and has been deceiving the people with being a medical doctor. He also claimed he invited one Dr. Bayo to help him carry out the caesarian section on the victim but he does not know the address or contact of the said doctor as he said he has lost his phone which was the only means of communicating with the doctor.”

Odunlami also stated that Ebine Adeleke who was arrested for a murder allegedly stabbed one Surulere Ajayi to death during an argument.

The two other suspects, according to the PPRO, were arrested for allegedly attempting to vandalise electric cables at the Omotosho area of Okitipupa Local Government of the state.

She said, “On the 18th of December, 2022, at 11 pm, the police got information that vandals were at the Power Station at Omotosho, who were trying to remove cables from an electric transformer. Immediately policemen attached to the power station engaged the vandals and one Aderemi Okiki Aged 21 was arrested.

“During interrogation, he confessed that they were three who came for the operation but the others escaped. He also mentioned one Alhaji Magari aged 57, as the receiver of their stolen goods.

“Items recovered are a sack containing cable wires and two cutlasses. The effort is ongoing to arrest other suspects who are on the run.”

The police spokesperson said all the suspects would soon be charged in court.