Attacks: INEC Offices In Ebonyi Should Be Relocated To Safer Places, Says IGP


Baba said this on Friday while addressing personnel of the force as part of activities marking his visit to the state. 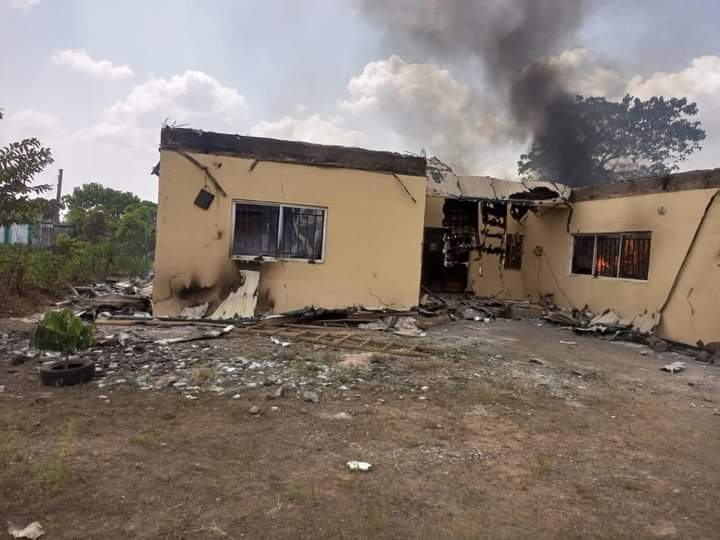 The inspector-general of police (IGP), Usman Baba, has directed the police personnel in Ebonyi to ensure the attacks on the Independent National Electoral Commission (INEC) offices cease immediately, according to TheCable.

Baba said this on Friday while addressing personnel of the force as part of activities marking his visit to the state.

Several INEC offices have recently been attacked by hoodlums, leading to the destruction of permanent voters cards, ballot boxes, and other materials.

The IGP said it is the primary responsibility of the police to provide security at INEC offices across the state before and after the forthcoming elections.

“The mode of attacks by these hoodlums is complex because they throw bombs and dynamites, among others, from distances,” NAN quoted him as saying.

“We believe that in addition to providing physical security at the INEC offices, you should liaise with its officials on providing offices for our personnel.

“I appreciate all your efforts to protect lives and properties in Ebonyi and the various assistance of the state government to the force.”

Speaking further, Baba said the activities of the Ebube Agu security outfit in the state should be regulated by the police.

“There is a law establishing the outfit and I am sure that its responsibilities fall under the supervision of the police,” he said.

“There is no problem with the outfit wearing uniforms because even community police officers wear uniforms.

“They must, however, have proper means of identification and it should be reiterated that the task of policing is everyone’s business.”

Aliyu Garba, the commissioner of police in Ebonyi, thanked the IGP for the visit and promised that the police would redouble its efforts to secure the lives and properties of the citizens.