Going by Ahmad’s diclosure of N10bn increase, the apex bank has spent N800bn between 2017 and 2021 on the production, storage, transportation and destruction of the currency. 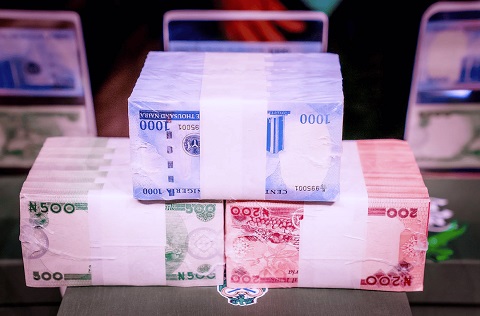 A Deputy Governor, Financial System Stability, Central Bank of Nigeria, Aisha Ahmad has revealed how much the apex bank spends to maintain the naira.
According to Punch, Ahmad spoke on Friday during her appearance before the House of Representatives to defend CBN’s new cash withdrawal limits policy, attributed over 90 per cent of currency management costs to banknote production.
Findings by Sunday PUNCH indicate that the apex bank spends about N150bn on the management of the naira annually, which has now increased by N10bn, as declared by Ahmad in her presentation, obtained by Punch on Friday.
A former CBN deputy governor, Dr Kingsley Moghalu, had earlier disclosed that the apex bank spends about N150bn annually to maintain the naira.
He stated that the amount was used to produce, store, transport, protect and destroy the naira notes every year.
Going by Ahmad’s diclosure of N10bn increase, the apex bank has spent N800bn between 2017 and 2021 on the production, storage, transportation and destruction of the currency.
In her presentation, Ahmad said currency management was a key function of the apex bank as enshrined in Section 2(b) of the CBN Act, 2007, noting that the integrity of the currency and efficient supply of banknotes were indicators of a performing central bank, especially in predominantly cash-based economies such as Nigeria.
The deputy governor highlighted the various challenges facing currency management, which had affected the ability of the CBN to efficiently carry out its mandate of issuing legal tenders.
She stated, “The challenges have continued to grow in scale, with the attendant consequences on the bank’s policy effectiveness, if left unaddressed. These challenges include wholesale hoarding of naira banknotes by members of the public.
“An observation supported by statistics shows that cash outside banks consists of over 80 per cent of the currency in circulation; worsening shortage of fit banknotes in circulation. This portends negative public perception of the bank and increasing threat to financial system stability.
“High and increasing cost borne by the bank: A review of the cost of currency management from 2017 to 2021 indicated an average increase of over N10bn per annum and over 90 per cent of currency management costs are attributed to banknote production. This affects the CBN and other participants in Nigeria’s currency management sector (banknote production, storage processing, distribution activities and banknote destruction).”
Ahmad also noted that the high risk of counterfeiting evidenced by reports from security agencies on the rise of counterfeit-related incidents in some states, including the Federal Capital Territory, was another challenge.
This, she added, had adverse implications for businesses and the economy at large.
Top Stories