Zaria-based Businessman Abducted Shortly After Arriving His Village In Anambra


A source in the community said he was whisked away by the gunmen in front of his house and taken to an unknown destination and no contact has been established since then. 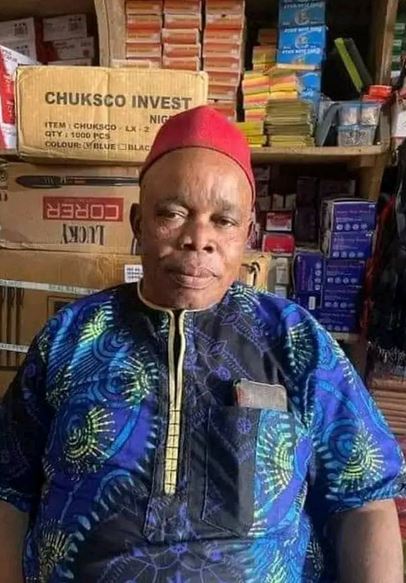 A Zaria-based businessman, Pius Egwuekwe, has been kidnapped by gunmen shortly after he arrived at his country home at Ibughubu Umuchu Community in Aguata Local Government Area of Anambra State.

According to Punch ,the incident happened late on Friday, December 23, 2022, shortly after he arrived the village with his driver from Zaria to celebrate Christmas.

A source in the community said the Managing Director of People’s Bookshop was whisked away by the gunmen in front of his house and taken to an unknown destination and no contact has been established since then.

Following the incident, the community had been thrown into panic as nothing has been heard about the whereabouts of the businessman for three days, as the victim was said to be touching the lives of many people in the community by attending to their needs.

"His driver drove for several hours from the North and on getting home to enter his gate, some armed men accosted the driver at gun point, they opened the vehicle and forcefully took him to an unknown place," a source said.

"The matter was reported to the police, who moved into action, but their actions have not yielded any result yet as the victim has not been rescued and no suspect has been arrested till now."

Some members of the community are suspecting that an insider may have leaked the information of the victim’s return to the village.

"The President-General of Umuchu, Mr Charles Ezeabasili, who confirmed the incident to the Punch, said the kidnappers were yet to get in touch with the community.

"The kidnappers are yet to establish contact with the family members. We are waiting for them to call and probably mention their ransom. We are also being careful so as not to take action that could lead to the kidnappers killing him," Ezeabasili added.

"There is no tension in Umuchu please. There is a reported case of abduction and investigation is still ongoing please,” Ikenga added.