Some publications claim he wrote to the United Kingdom to back off the polls and allow Nigerians to decide the outcome. 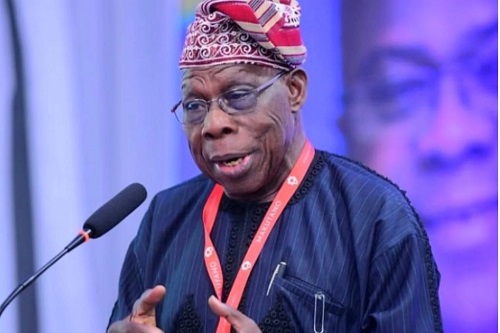 Former President Olusegun Obasanjo has said he didn't write any letter to the UK government concerning the 2023 elections.
His clarification came after some publications claimed he wrote to the United Kingdom to back off the polls and allow Nigerians to decide the outcome.
In the fake letter, Obasanjo allegedly warned the UK authorities against interference, adding that it will not be business as usual.
The former Head of State allegedly recalled that in 2002, the British government wanted to remove him.
He allegedly said the European nation wanted to install a Fulani man whom they can control, but he overpowered them.
Obasanjo allegedly told the UK that the problems Nigeria is facing is a result of the Fulani man they emplaced.
A statement Thursday night by his media aide, Kedinde Akinyemi denied the purported letter.
“The trending story on the alleged plan by the former President to collude with the electoral body in the Presidential election of February 25 is completely false”, he noted.
The spokesperson added that apart from the January 1 letter to youths, and the other to Prof. Toyin Falola on his 70th birthday, “there has been no other public or private letter written to anybody”.
“The reading public is for the umpteenth time reminded that only a statement duly signed by Chief Olusegun Obasanjo or by his Media Assistant, Kehinde Akinyemi are to be allowed into the media space.
“If need be, necessary checks can be made to confirm the authenticity of such documents before publication to avoid any embarrassment”, the statement added.
Top Stories