He said he decided to embark on the second self kidnap after the money he made from the first one was exhausted. 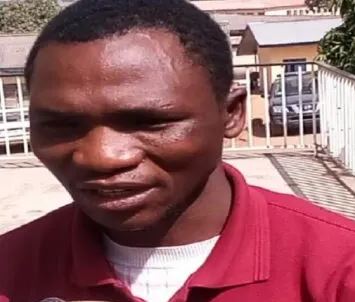 Pastor Bitrus Albarka, a clergyman with ECWA church who was arrested in Jos, the capital of Plateau State on Wednesday for faking his own kidnap during which he and his accomplices collected a ransom of N600,000 has revealed that he committed the atrocious act due to financial challenge.

Albarka was arrested by operatives of Plateau State Police Command for conspiring with some other persons to kidnap and collect ransom to free himself.

He was also accused of setting a vehicle owned by another pastor ablaze.

He was paraded at the headquarters of Police in Plateau on Thursday.

Speaking during the parade, Albarka said he regretted his action.

He said he decided to embark on the second self kidnap after the money he made from the first one was exhausted.

“I put myself into these activities because of the financial challenges I am facing with. When I did the first one, I felt guilty. When I went out, the money with me has finished. I was thinking of coming back. I was just confused. That is why I did the second one. I am regretting my action,” he said.

On why he he burnt a vehicle owned by a senior pastor of the church, he said “I burnt the vehicle because I was guilty of what I did. I was just confused. I don’t even know what came over me. Being a pastor, that is why the spirit of God didn’t allow me to go without confessing my action. I am sorry for what I have done. I am really sorry.''