Arteta And Odegaard Named EPL Manager, Player of The Month


Arteta has now won the award two times this season and four in his managerial career so far at Arsenal, claiming the award in September 2021, March 2022 and August 2022. 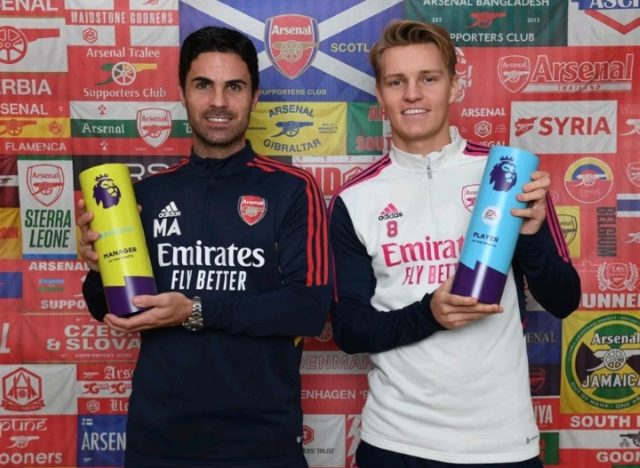 Premier League has named Mikel Arteta as the Barclays Manager of the Month for November and December.
Also, Arsenal captain, Martin Odegaard was named the November and December EA SPORTS Player of the Month.
Arteta led Arsenal to four victories from four Premier League matches, winning away against Chelsea, Wolverhampton Wanderers and Brighton & Hove Albion, as well as beating West Ham United at home.
The victories meant the league leaders held a seven-point lead at the top of the table going into 2023.
It is the fourth Manager of the Month Award won by Arteta, who has been at Arsenal since December 2019. He also claimed the honour in September 2021, March 2022 and August 2022.
Arteta beat fellow nominees Thomas Frank, Eddie Howe and Jurgen Klopp after votes from the public were combined with those of a panel of experts.
Top Stories