Ekweremadu's Daughter Denies Trafficking Charges Filed Against Her In UK


The 25-year-old who is being charged alongside her father pleaded not guilty on Friday, January 13. 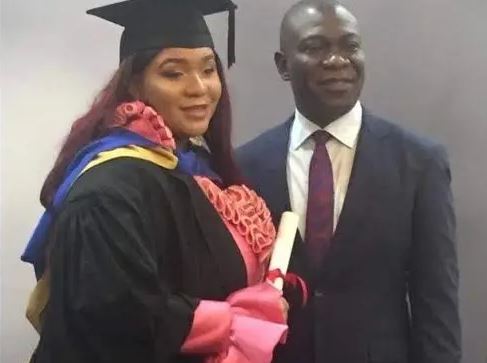 Sonia Ekweremadu, the daughter of embattled former Senate President, Ike Ekweremadu has denied charges of trafficking a homeless man into the UK to harvest his kidney for a transplant.

The 25-year-old who is being charged alongside her father Ike Ekweremadu, 60, her mother, Beatrice Ekweremadu, 56, and a Nigerian doctor Obinna Obeta, 50, pleaded not guilty on Friday, January 13.

Ike, Beatrice and Obeta had also denied charges of conspiring to arrange the travel of another person with a view to exploit him, at the Old Bailey on December 20.

British prosecutors are alleging that they conspired with others, including a Nigerian-based family member identified as Isaac Ekweremadu, to arrange the travel of a 21-year-old man with a view of removing one of his kidneys for Sonia, who has a kidney-related disease.

Ike and Beatrice Ekweremadu were arrested after the young man claimed he was a victim of trafficking at Staines police station.

He claimed he never consented to the tests carried out on him and was treated like a slave upon arriving the UK. The alleged victim also said that he escaped from the house he was kept and was homeless for three days before going to the police.

The trial will begin at the Old Bailey on January 31 before High Court judge Mr Justice Adam Johnson.