The lady said that she’s planning to blindside him before he does her by moving to US since she still has her own Visa, and intends to empty their savings account and belongings before leaving. 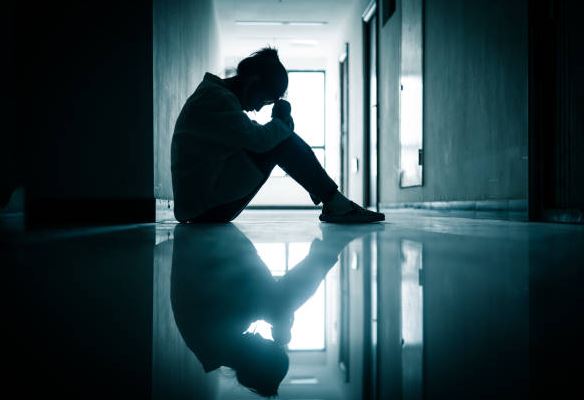 A married woman has taken to social media to seek advice after she stumbled on her husband's chat with his sidechick, planning to elope to the UK with their joint savings.

A lady seeks advice on moving to US without husband’s knowledge after discovering a chat where he and his side chic were planning to elope to UK.

The embattled Ghanaian woman shared her ordeal on a relationship platform as she noted that she and her husband have been married for four years.

In a lengthy post, she revealed that she had chanced upon a text her husband’s side chick had sent at night in which she said she was missing him.

The woman’s interest at this point was piqued and she decided to go through all the messages.

She was shocked to discover that her husband had been corresponding with the side chic for long and had been planning on running off to UK to start a life together.

She also found out that he had been planning to empty their joint account and had said so many nasty things about her to the side chic.

The lady said that she’s planning to blindside him before he does her by moving to US since she still has her own Visa, and intends to empty their savings account and belongings before leaving.

See her full narration below:

“I am planning to disappear without my husband’s knowledge.

So last month I got up around 2am and went to urinate and as I was coming back I put my phone on charge and I saw a message pop up on my husband’s phone from a lady. I was bewildered because why was this woman messaging my husband so late. I was never the one to check phones, infact I have never checked any man’s phone before. We dated for 3 years and I never once checked his phone but I decided to check this time and the message said “I can’t sleep and am thinking of you”.

I decided to go through their whole chat. What I read shocked me beyond words. To cut a long story short my so called husband and his girlfriend of 4 years were planning to go to the UK together as partners. They were both going to study there and then start a new life together.

He planned to empty our savings account too. The things he said about me to her really tore at my soul. This was a man when I met him had nothing. I accepted him for who he was. I sacrificed and worked overtime and side hustled during our first two years of marriage so he could complete his masters.

We have been together for 7 years but married for 4years. I sacrificed so much and this was what I got. I have decided on a plan to blindside him as well. I have a 10 year USA visa of which 6 years is still remaining. I have decided to go there next month and empty our savings account and clear everything in the house so he meets an empty house.

My husband told me he will be traveling for a week for a business trip in February which is a lie because its their 4 year anniversary and they would be travelling outside Accra to celebrate. What’s painful this man has never taken me on any vacation or dates.They are supposed to travel to the UK in March. On their anniversary trip is when I plan to execute everything. The good thing is we don’t have kids because he has low sperm count and has not been serious with his medication.

My only concern is that I do have a good job here so leaving means that I am giving that up. I have a very good friend in the US that says I can stay with her until I get on my feet. That takes the pressure off a little bit but I don’t want to be a burden to someone else for long. Apart from our joint savings I also have my own personal savings which is a hefty amount as I have been saving for over 10 years now. I also feel like I am doing this because I want to pay him back.

I know I can be the bigger person and take the high road but sometimes people deserve a taste of their own medicine. Maybe that way he would learn to be a better person.The fact that he was going to empty our joint savings says alot. I have also seen a secret stash of foreign currency that he was keeping for himself and his girlfriend for when they travel and am planning to take that as well.

Mind you I paid his Masters program for 2 years and I will say I pay 60% of the bills at home. He lied about his salary to make it seem like I was earning more than him yet that was untrue. He has been sending his girlfriend 3000ghc every month alongside the capital he gave her for the business she started. I am the only child and my parents are late so I know once I leave, he won’t be able to find me or get a hold of me.

Am I justified or is this too extreme?” 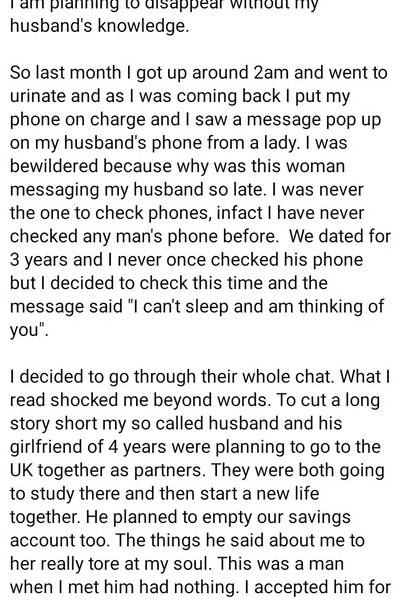 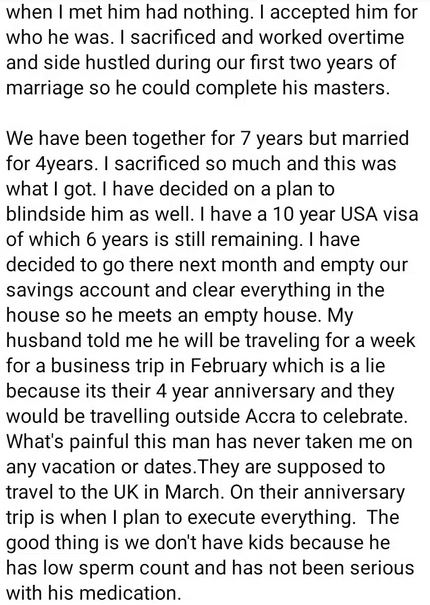 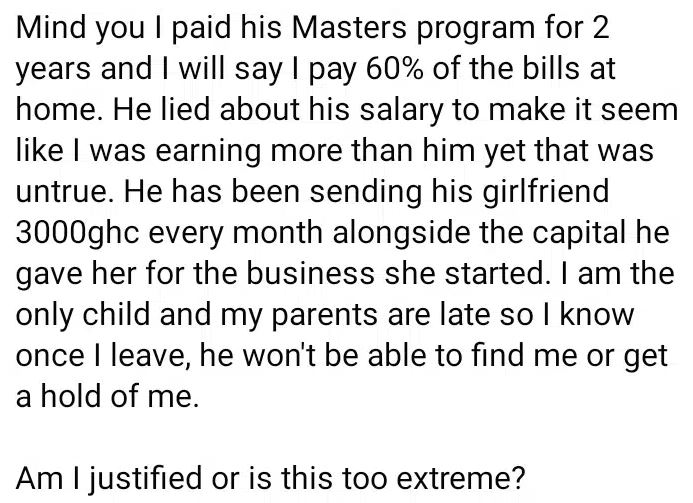