I Am Very Much Alive - Papa Ajasco Cries Out (Video)


The 63-year-old released the video on Sunday after the news was rife that he had passed on. 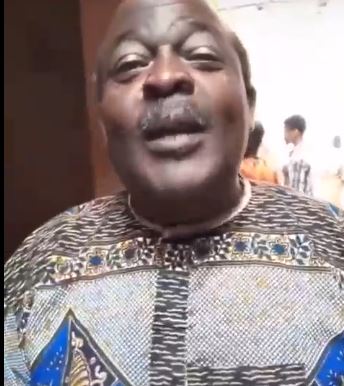 Veteran comic actor, Abiodun Ayoyinka aka Papa Ajasco has released a video to clarify reports that he is not the actor that died.

The 63-year-old released the video on Sunday after the news was rife that he had passed on.

“My name is Abiodun Ayoyinka popularly known as Papa Ajasco. I am not dead. I am still alive. And thank you very much my fans out there for your concern. I really appreciate you people,” Ayoyinka said in the video.

This is EGbon Abiodun Ayoyinka aka Papa Ajasco. He is not the same person as Uncle Femi Ogunrombi who stood in and played the role of Papa Ajasco' at some point in the life of the Papa Ajasco series. There was really no need for the mix up if our journos did a proper check. pic.twitter.com/teEC6QtFCJ

According to reports, it was Femi Ogunrombi, another actor who played the role of Papa Ajasco in the wap TV comedy Papa Ajasco & Company that died.

Ogunrombi, who died on Saturday, stood in for Ayoyinka during the latter’s absence from Papa Ajasco & Company.

The deceased however stepped down from the role when Ayoyinka returned.

BBTitans: How Being Paired With A Nonchalant Person Led To My Eviction - Sandra

I Was Rejected, Ridiculed, Almost Gave Up On Acting – Actor, Lateef Adedimeji Tells His Story