Agada who took to her Facebook page also explained that she had also tried to get her PVC in 2018 but all her efforts proved abortive as INEC yet again, failed to issue her with a PVC. 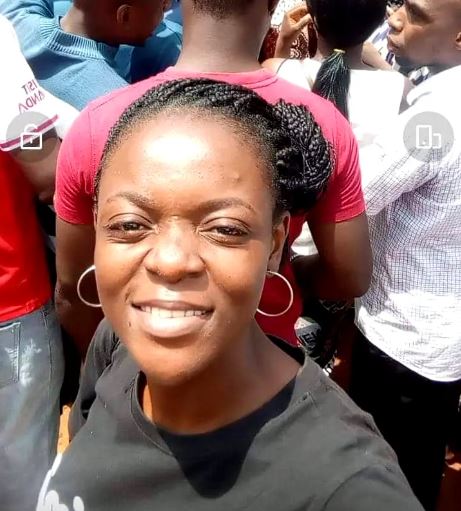 Esther Ochanya Agada, an Abuja-based school teacher, and writer, has talked about her struggles to get her PVC.

She narrated how she has failed to get her Permanent Voters Card, PVC, from the Independent National Electoral Commission, INEC, Karu Ward, after applying since 2011.

Agada who took to her Facebook page also explained that she had also tried to get her PVC in 2018 but all her efforts proved abortive as INEC yet again, failed to issue her with a PVC.

For the 2023 elections, she had registered to get her PVC when other Nigerians did, but, on making attempts to collect the PVC on two occasions at Karu Collection Center, in Abuja, she was greeted with another disappointment.

“INEC official: “We can’t find your card” was the response I got.

“INEC official: We are suppose to submit a complaint online that your card wasn’t found and should be reprinted. But as it is, INEC did not provide us with any internet facility.

“Me: Okay, can I put on my mobile hotspot so that you can help me re-apply?

“INEC official: No! I have data but I can’t use it for free. Anyway, I’ll submit the complaint for you but you will support me with little money for my data.

“Me: Okay, no problem. (I released some money and watched her screen until I was that the complaint had been submitted).

“Me: Thank you. When will my card be ready?

“INEC Official: Check our office on the 22nd of January. More importantly, make sure you pray.

“I met a friend there who had been tossed around several times in a bid to get her PVC. The moment she was told that her card wasn’t available, she got discouraged and left. I tried to use the small energy I had to convince her to wait and re-apply, but she had reached her elasticity limit. I felt her pain.

“I congratulate those who got theirs easily. Some persons that I assisted to register theirs during the registration process have also collected their cards. I still hope I’ll get mine by next weekend. After all these stress and strains for many years, I hope Nigerians don’t vote blindly again. Many of us would have been much more successful than we are currently if we had a working system. Well, let’s stay hopeful.

Vanguard reports that INEC recently extended the deadline for the collection of Permanent Voter Cards (PVCs) by one week.

INEC had previously said it would end the PVC collection on 22 January, 2023 having started the process on 12 December, 2022.

But after deliberation at the commission’s headquarters on Thursday, its Commissioner for Voter Education, Festus Okoye, announced a new deadline for the PVC collection.