The residents said while two of the victims died on the spot, a woman later died in a hospital in Katsina, where she was taken for medical attention after the attack. 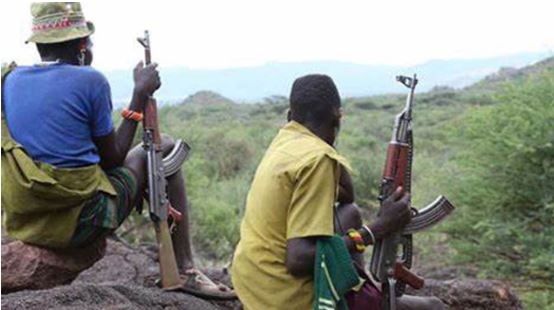 They reportedly killed three people and abducted six others, including a pregnant woman, at Jajar Kanwa village in Jibia LGA of Katsina State.

Three other people were said to have escaped with gunshot injuries.

The residents said while two of the victims died on the spot, a woman later died in a hospital in Katsina, where she was taken for medical attention after the attack.

Similarly, an unspecified number of goats and sheep were stolen by the bandits after they imposed a levy of N20,000 on each of the residents.

In a phone conversation with our reporter, some residents of the community said the levy must be paid in a space of one week or they would be at risk of another attack.

In a related development, gunmen have abducted the vice chairman of Musawa Local Government Council of Katsina State, Aminu Umar Kira, from his residence.

Though details of the abduction were still sketchy, a resident confirmed the incident to our reporter. The police spokesman, SP Gambo Isah, could not be reached for confirmation at the time of filing this report as he did not pick up calls or respond to a text message sent to him.

In another development, the Katsina State Police Command on Monday released the details of five women abducted by terrorists at Gidan Haruna, Maitsauni village of Kankara LGA.

The command, however, gave the assurance that police operatives were trailing the bandits with a view to rescuing the kidnapped victims.