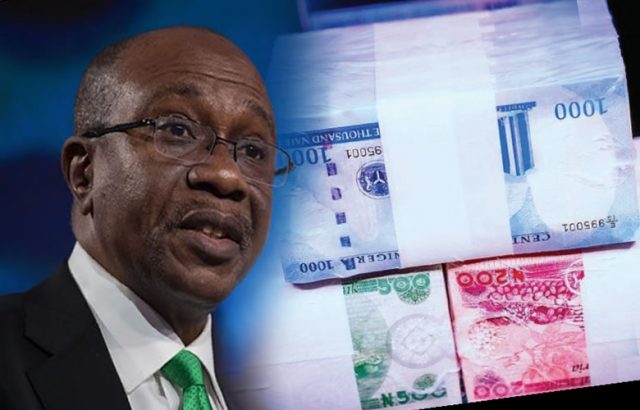 Nigeria's apex bank, the Central Bank of Nigeria has given the assurance that the new naira notes will soon be everywhere.

The CBN expressed assurance that the new notes will be distributed to every part of the country before the January 31, 2023 deadline.

Speaking during the sensitisation on the new notes to market sellers at Oja Oba Market , Akure, Ondo State on Wednesday, the CBN Acting Branch Controller in Ondo State, Mr Giwa Ademola, said the motive of the sensitisation was to inform the public about the newly redesigned naira notes.

Ademola added that the event was also organised to inform them on the need to deposit the old notes before the deadline.

He said, “The benefits of the currency redesign to the Nigerian economy are enormous given that, this policy will help to control inflation as the exercise will bring the hoarded currency into the banking system, thereby making monetary policy more effective.

“It will also help with better design and implementation of monetary policy as we would have much more accurate data on money supply and monetary aggregates.

“The statistics showed that N2.72tn out of the $3.26tn currency in circulation as of June 2022 was outside the vaults of commercial banks across the country, and supposedly held by members of the public.

He added, “We believe that this exercise would help in increasing financial inclusion, moving towards a more cashless economy, and ensuring greater formalisation of the Nigerian economy. The currency redesign would assist in the fight against corruption as the exercise would rein in the higher denomination used for corruption, and the movement of such funds from the banking system could be tracked easily.”

The CBN boss advised Nigerians to ensure that they deposited cash with them at their commercial banks, adding that there was no limit to how much a customer could deposit between now and January 31 2023.

Ademola urged the public to explore other payment channels, such as eNaira, PoS, electronic transfer, USSD, Internet banking and mobile money operators and agents, for their economic activities.