According to the PPRO, the command has recorded tremendous success by denying the miscreants a breathing space to carry out their nefarious activities. 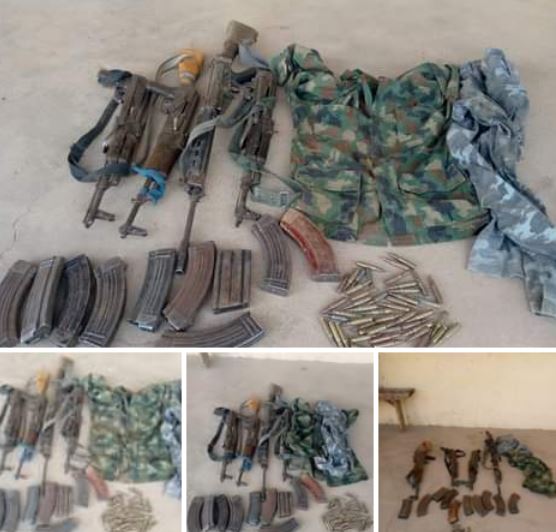 An armoury of suspected kidnappers has been uncovered by the Bauchi State Police Command at the Tudun Wada area of Liman Katagum in Bauchi Local Government Area of the state.

According to the PPRO, the command has recorded a tremendous success by denying the miscreants a breathing space to carry out their nefarious activities.

"Operatives attached to the command acted on credible intelligence and uncovered an armoury of suspected kidnappers," the statement read.

"On the 22nd January 2023, a patrol team attached to Liman Katagum Divisional Police headquarters led by the DPO while on patrol around the Tudun Wada area of Liman Katagum, Bauchi LGA,"

While commending the operatives, the Commissioner of Police CP Aminu Alhassan ordered round-the-clock surveillance around the area in a bid to arrest the miscreants.

'A distress call received by the command on the 22nd January 2022 at about 0345hrs indicates that on the same date at about 0200hrs, some unknown gunmen invaded Gambar Sabon layi village and attacked innocent residents," he stated.

"On receiving the report, detectives of the command were drafted to the scene led by the DPO Tafawa Balewa Divisional Police Headquarters evacuated the victims to the Tafawa Balewa General Hospital for medical treatment.

"Unfortunately, four victims were certified dead by the medical doctor, while one person sustained various degrees of injury during the attack.

"Similarly, one person was confirmed to have been kidnapped to an unknown destination by the assailants.

"The Commissioner of Police CP Aminu Alhassan psc (+) directed a discreet investigation to commence in earnest to arrest the perpetrators of this dastardly act to face the wrath of the law." he added.