SPV Fraud: Atiku No Longer Enjoys Immunity, He Can Be Arrested, Prosecuted – Keyamo


Keyamo had dragged Atiku to court last week over an allegation that he and former President Olusegun Obasanjo used Special Purpose Vehicles (SPVs) to siphon public funds while in government between 1999-2007. 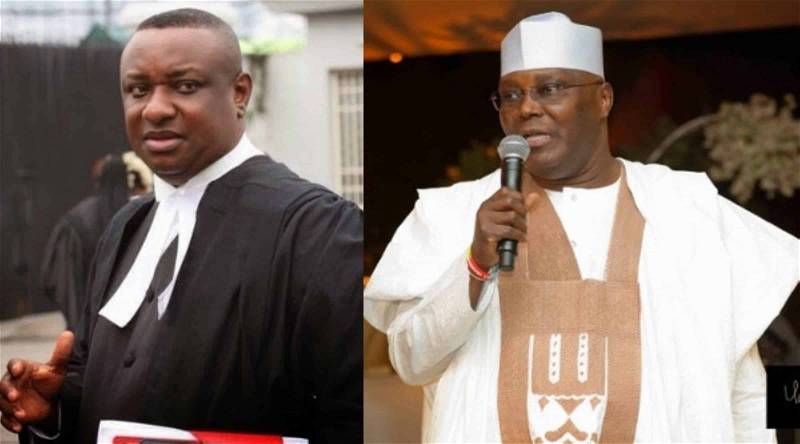 The Chief Spokesperson of the Tinubu/Shettima Presidential Campaign Council, Festus Keyamo (SAN) has again called for the arrest of the presidential candidate of the Peoples Democratic Party (PDP), Atiku Abubakar.
According to Keyamo, Atiku does not enjoy immunity and can be arrested for any crime.
The Minister of State for Labour and Employment asserted that nothing stops the former Vice President from being prosecuted if found guilty of any corrupt act because he does not enjoy any immunity.
Keyamo had dragged Atiku to court last week over an allegation that he and former President Olusegun Obasanjo used Special Purpose Vehicles (SPVs) to siphon public funds while in government between 1999-2007.
In a writ of summons deposed at the Federal High Court, Abuja, Keyamo who called for the arrest, investigation, and prosecution of Atiku on the saga listed the former VP; Code of Conduct Bureau (CCB); Independent Corrupt Practices and other related offences (ICPC) and Economy and Financial Crimes Commission (EFCC) as respondents in the suit.
However, some Nigerians believe Keyamo is just embarking on a wild goose chase as Atiku cannot be arrested and prosecuted given his status.
But speaking in an interview with DAILY INDEPENDENT, Keyamo said Atiku can be arrested and prosecuted if found guilty because he is no longer in power and he’s no above the law.
The minister expressed hope that the court will direct the EFCC, ICPC, and CCB to investigate the PDP flagbearer, stressing that he would see the case to the end.
He said: “Why can’t he be arrested and prosecuted? Does he have immunity? A President or Vice President in Nigeria enjoys executive immunity only during his/her tenure.
“As a former vice president, Atiku does not have immunity. I am one hundred percent certain something will come of this matter. I have instituted against him. Once the court forces the EFCC, ICPC and CCB, they will do the needful. No one is above the law”.
Top Stories