The Presidency has finally cleared the air on the brouhaha trailing the native of the South-east who named his dog after the All Progressives Congress national party leader.

President Muhammadu Buhari media aide, Garba Shehu has explained that Nigeria's number one citizen isn't concerned or behind the arrest of a trader, Joe Chinakwe, who was accused of attempting to cause a breach of public peace for naming his dog "Buhari" in Ogun State.

His message was delivered yesterday via microblogging site, Twitter, to the general public.
See screenshots below: 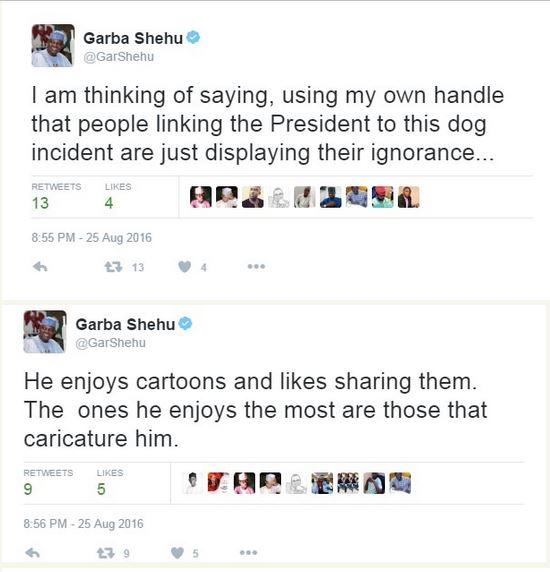 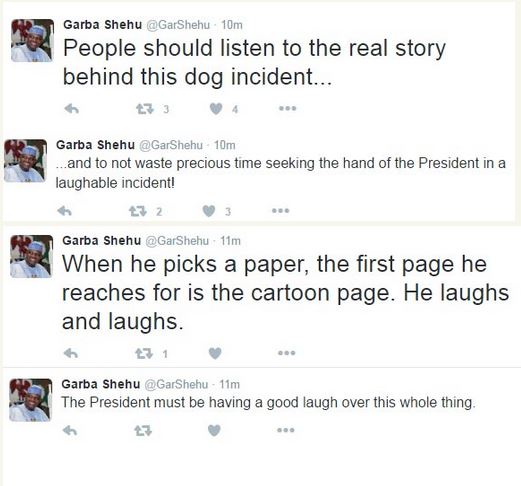