Governor Akinwunmi Ambode of Lagos State today directed the Task Force on Environmental Sanitation and Other Special Offences to carry out full enforcement of the law restricting street trading and begging in the metropolis. 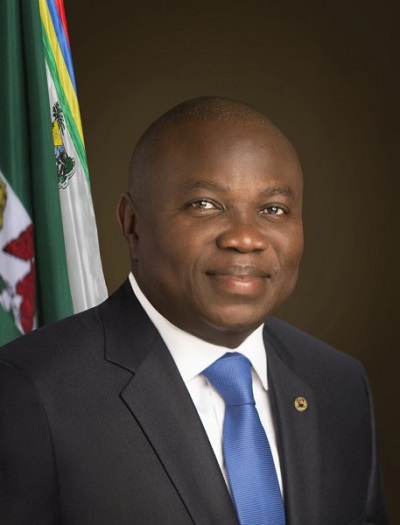 In a statement signed by the Secretary to the Lagos State Government, Mr. Tunji Bello today, Wednesday, July 8th, reveals that Governor Akinwunmi Ambode has directed the Task Force on Environmental Sanitation and Other Special Offences to carry out full enforcement of the law prohibiting street trading and begging in the metropolis, noting that begging constitutes environmental nuisance, and also poses security threat to citizens.
He also urged street traders interested in doing business to seek for space in the various modern markets redeveloped by the state government to enhance business activities.
"At the State Security Council Meeting on July 7, it was resolved that the act of street trading that has continued to hamper free flow of traffic on Lagos roads which further constitutes nuisance and security threat to law abiding citizens will no longer be tolerated.
"Therefore, street traders and buyers will henceforth be arrested and prosecuted. The Task Force on Environmental Sanitation and Special Offences has been mandated to ensure the Law of the State against street trading is enforced to the letter”, the Governor said.
He said that all security agencies have resolved to beef up security in the State so as to ensure that it remains safe for citizens and investors alike and urged residents in the state not to encourage the trend by patronizing them, saying in doing so, they indirectly aid and abet crime.
"We’ve had security reports on the activities of persons who pose as beggars, especially in traffic, but their sole aim is to perpetrate evil. We are putting a search light on this trend and one way to do that is to ensure that we take preemptive measures to forestall this development”, the Governor said.
Top Stories