Why I Robbed My Brother - 21-year-old Suspect Confesses


The men of the Ondo State Police Command have nabbed a young man for plotting a robbery operation involving his family member. 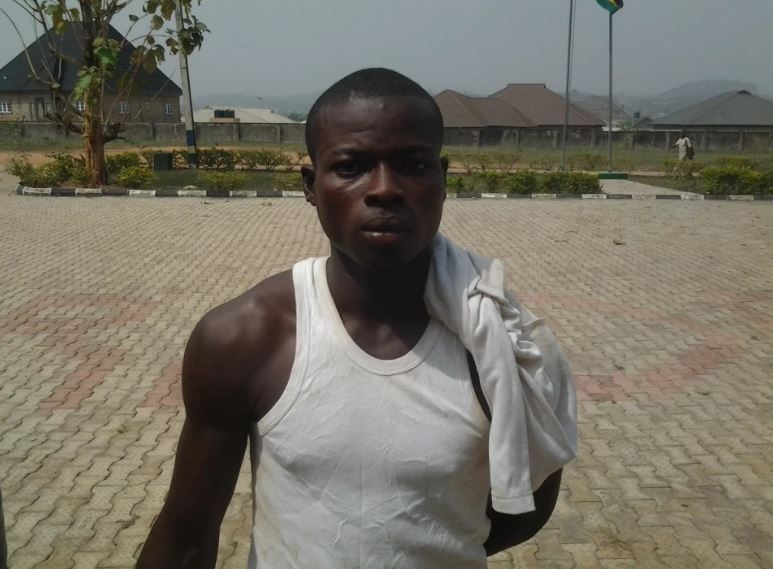 Dayo Adegbohun, the suspect
A 21-year-old armed robbery suspect, Dayo Adegbohun said Wednesday that he arranged the robbery of his blood brother because of his refusal to give him a reasonable part of the proceed of the family land disposed of by his brother, according to the New Telegraph.
Adegbohun told reporters that his brother sold a family land at the sum of N1.4million and gave him a Nokia phone worth only N4.000.
The suspect said he had learnt how to repair generator and needed money to establish a shop at Okitipupa Local Government Area of Ondo State.
According to him, his brother who had encouraged him to learn the trade promised to set him up after selling a family land in Ilaje area of the state. However, he said the brother rescinded the decision after he has sold the land.
His words: “My brother told me not to go back to Lagos that he will establish a shop for me. I followed him to sell a family land. Instead of giving me money to establish the shop, he took me to Okitipupa and bought Nokia touch phone for me.
“I told my friends that my brother has cheated me on our family land. I told them to get my own share of the money for me. The total amount of money with him was N1.4million. But I told them to collect only half of the money. I told them not to kill him because he is my blood brother.”
Adegbohun said his friends including Daisi Enetufo and Alaba Anifowose gave him only N100, 000.00 out of the N780, 000.00 taken from his brother’s apartment.
Corroborating his accomplice, Sola Ogunyemi said it was Adegbohun that came to him to help rob his brother because he was cheated after a parcel of family land was sold.
Top Stories