Snowstorms in the United States of America has threatened the lives and properties of residents thereby calling for emergency responses from authorities. 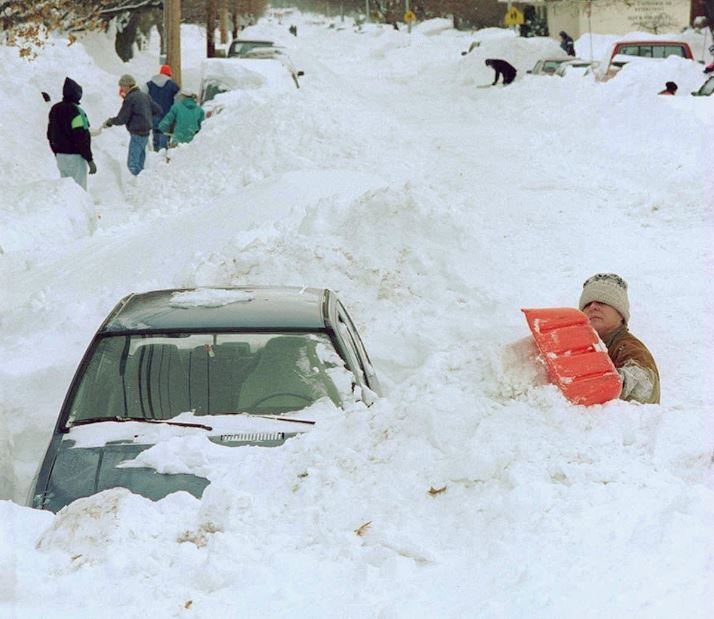 File Photo
The New York Governor, Andrew Cuomo, has declared a state of emergency on Tuesday over the impending snowstorms in the busiest U.S. city that runs 24-hour commercial and transportation services.
Cuomo said that a state of emergency would go into effect at midnight.
“The New York City Emergency Management Department and the National Weather Service have issued a Blizzard Watch in effect from late Monday night through late Tuesday night.
“The storm is to bring heavy snow, along with strong and potentially damaging winds that will create hazardous travel conditions on Tuesday.
“As everybody has heard, mother nature plans on visiting us later tonight and the expectation is that she’s going to bring a wintry fury with her, which we are taking quite seriously
“Public schools in New York City have already canceled classes for Tuesday,” Cuomo said on Monday.
The governor said flood watch is expected to go into effect Tuesday for coastal regions in New York. Cuomo directed state agencies to begin preparing for the storm and called on residents to limit unnecessary travel on Tuesday.
He said the region anticipated “substantial Mass Transit Agency (MTA) service changes,” which would affect subways, buses, the Metro-North and the Long Island Rail Road.
The New York governor said that above-ground MTA service would be suspended at 4a.m. on Tuesday.
The UN headquarters complex will be closed on Tuesday due to snowstorms, the UN Department of Management and the Department of Safety and Security have said.
Tal Mekel, Acting Chief, Media Accreditation and Liaison Unit, in a statement issued on Monday, said all activities at the headquarters were canceled as a result of the inclement weather.
“New York City has announced that all public schools will be closed tomorrow.
“All after-school activities are also cancelled,” the UN said.
Flights within, into or out of the U.S. on Monday saw 2,891 delays and another 1,552 cancellations as of 6 p.m. local time, according to FlightAware.
FlightAware said another 4,917 flights originally scheduled for Tuesday were cancelled. American Airlines, United Airlines and Delta Airlines issued travel alerts and began waiving re-booking fees for flights within affected regions.
“The ‘nor’easter’ is expected to cripple much of the Northeast,”, the National Weather Service said.
The weather service issued blizzard warnings for Pennsylvania, New Jersey, New York and Connecticut with several other states told to be on their guard.
The weather service called the storm “life-threatening” and warned people to “shelter in place”.
“In total, 50 million people along the northeast region are set to be affected by the storm and temperatures will be 15 to 30 degrees below normal for this time of the year,” according to the service.
The expected snowfall and high winds may take down trees and power lines, John Latka, Vice President, Electric and Gas Operations at PSE&G, said in a statement on Monday.
“We take every storm with the potential for outages seriously, and have additional personnel scheduled and on standby, with auxiliary equipment,” Latka said.
Top Stories

I Was Wrong - Popular Preacher, Creflo Dollar Makes U-Turn On Tithing, Tells Members To Destroy His Books, Tapes On The Subject
Popular Stories