A 3-storey building has collapsed in Alakahia community in Obio-Akpor Local Government Area of Rivers State while local residents were still asleep. 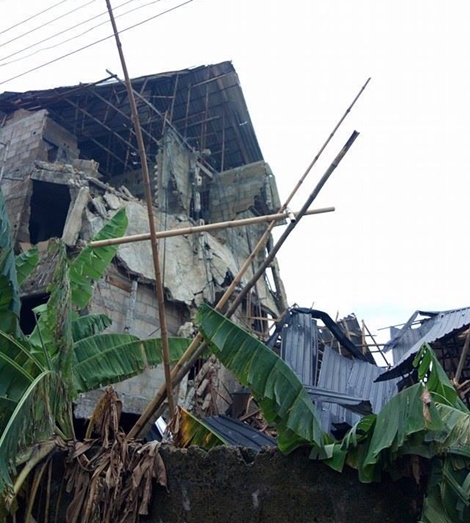 The collapsed building
The residents of Alakahia community in Obio/Akpor Local Government Area of Rivers State, were left in shock after a three-storey building located along the National Youth Service Corps (NYSC) road in Alakahia, collapsed about 6 a.m on Monday while many people were still asleep.
According to multiple online reports, about three workers at the construction site reportedly live in the building, but it could not be ascertained as at the time of filing the report if they were in the building when the incident occurred. 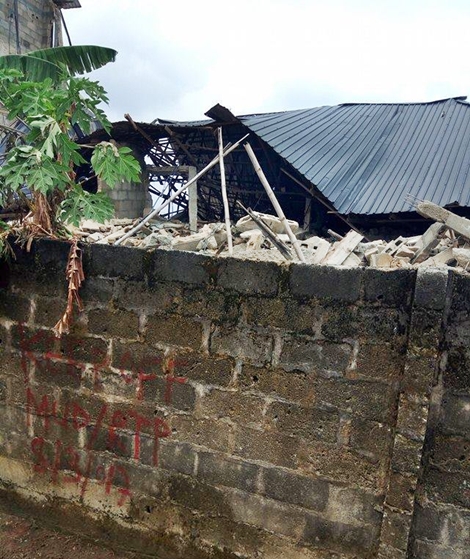 While speaking to a correspondent, Pastor Obinna Amefule, who is a witness, said, “It was around 6 a.m this morning (Monday) that we heard a heavy noise and we rushed out of the room to see what happened. We were surprised to see that the building had collapsed.”
Solomon Erim, who is another resident, blamed the development on quality of materials used for the building, saying, “The fact about the incident that took place beats my imagination. 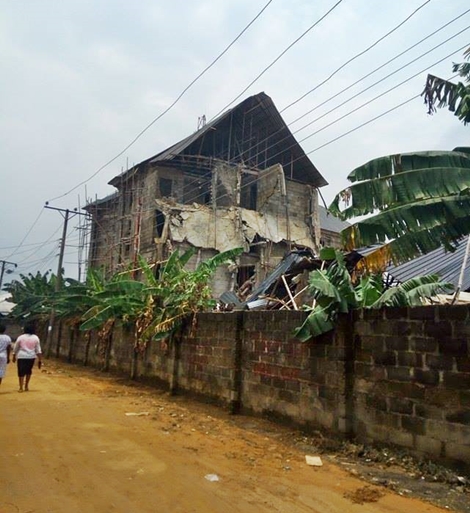 "As a resident who saw what happened, I am still in shock. It is painful that a man will spend money to erect a building of this magnitude and when the job is almost done, the whole building will collapse.”
Top Stories