The trend of attempted suicide in Nigeria has continued after a man was rescued in Osogbo, the capital of Osun state after he hung himself on a tree. 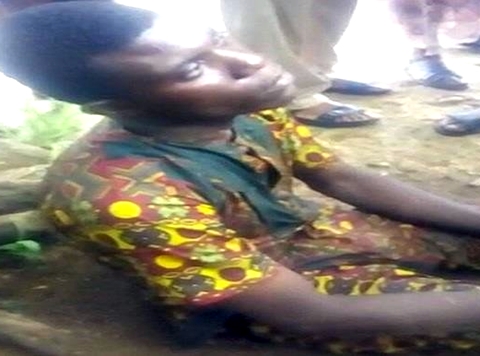 The suspect
A middle-aged man identified as Babatunde Arogundade, attempted to commit suicide in a bush behind the Christ Africa Middle School in Osogbo, the capital of Osun State.
It was gathered that Arogundade had hung himself to a branch of a tree behind the school when a food vendor saw him and screamed.
The Peace Corps volunteers and the teachers rushed to the scene, held the man and cut the rope. Arogundade was almost lifeless when he was rescued. When he regained consciousness, he could only mention his name.
The Commissioner of Police in the state, Mr Fimihan Adeoye, who confirmed the incident, said the matter was reported to the Ataoja Divisional Police Headquarters from where Arogundade was taken to a hospital for medical treatment.
Here's what Babatunde said when he was interrogated after being rescued;
Top Stories