A controversial South African pastor has left people wondering after he reportedly ordered his church member to eat flowers. 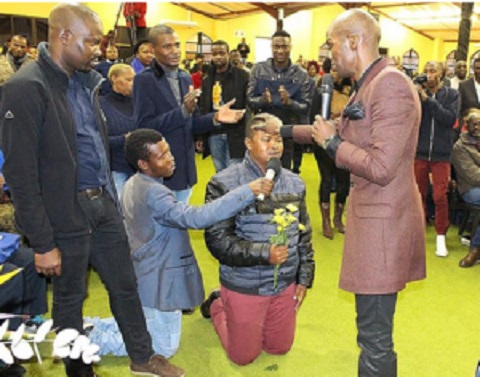 Pastor Lesego Daniel prays and orders church member to eat grass
A South African self-styled man of God, Pastor Lesego Daniel has reportedly fed his members his decorative flowers used on the podium in his church.
Daniel who is the founder of Rabboni Centre Ministry Church in South Africa reportedly said that eating the flowers is part of a healing process.
It would be recalled that the pastor made headlines in the country when he ordered his church members to eat grass and drink petrol. 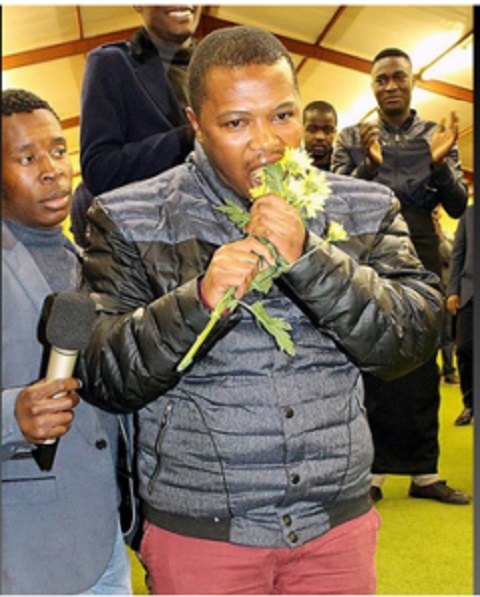 His antics forced the Commission for the Promotion and Protection of the Rights of Cultural, Religious and Linguistic Communities (the CRL Rights Commission) to summon him over the controversial orders he gave to his church members.
Top Stories