Revealed: Only One-Third Of Students Who Sat For JAMB Scored Above 200


New details have emerged about the actual percentage of students who managed to score above 200 in the last JAMB exams. 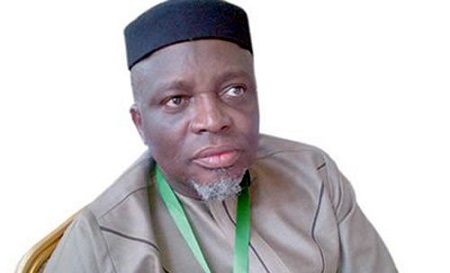 Registrar, Joint Admission and Matriculation Board, JAMB, Is’haq Oloyede
According to the News Agency of Nigeria, the Joint Admission and Matriculation Board, JAMB, on Tuesday said 569,395 of the 1.7 million candidates that wrote this year’s UTME scored over 200 marks.
The number represents just about a third of the students who sat for the examination. The total score for the UTME exam is 400.
The JAMB Registrar, Is-haq Oloyede, disclosed this at the policy meeting of the stakeholders of tertiary institutions in Abuja.
He said 23.8 per cent of the total number of the candidates scored below 160 marks.
He said the stakeholders unanimously agreed that the minimum cut-off marks for university degree is to stand at 120.
The stakeholders, according to him, peg that of Polytechnic to be 100, College of Education 100, while National Innovative Enterprise Institution remained at 110 marks.
The registrar said the timelines for admission of first choice was October 15, while second choice would be December 15.
Mr. Oloyede urged the heads of the various tertiary institutions to set their modalities for admissions exercises as it was not the board’s responsibility.
He said that no candidate without O’ Level prerequisite would be offered admission.
“JAMB has a Central Admissions Processing System (CAPS) to aid you on the admission exercises.
“CAPS will not replace admission processes of institutions. It will enable institutions to simply communicate with JAMB in a more dynamic and timely manner.
“It will also allow for flexible cut-off marks and candidates are allowed to make their choice of institution and course,” he said.
The registrar, however, appealed to heads of institutions not to charge more than N2,000 for admissions’ processes.
In his remark, the Minister of Education, Adamu Adamu, commended the board for conducting the UTME.
According to him, the stakeholders have worked together to create synergy for advancement of education in the country.
“We restate our commitment to ensure expansion of access to students in our institutions.
“To ensure equity in regard to rural and urban areas; we are committed to refocusing our curricula to meet our development need,” he said.
Mr. Adamu, however, advised heads of institutions to accommodate qualified candidates in the most transparent and flexible manner.
NAN reports that the meeting was attended by stakeholders in both public and private tertiary institutions.
Top Stories