Luck has ran out on some dreaded armed robbers who were caught while trying to escape with their loot in Imo state. 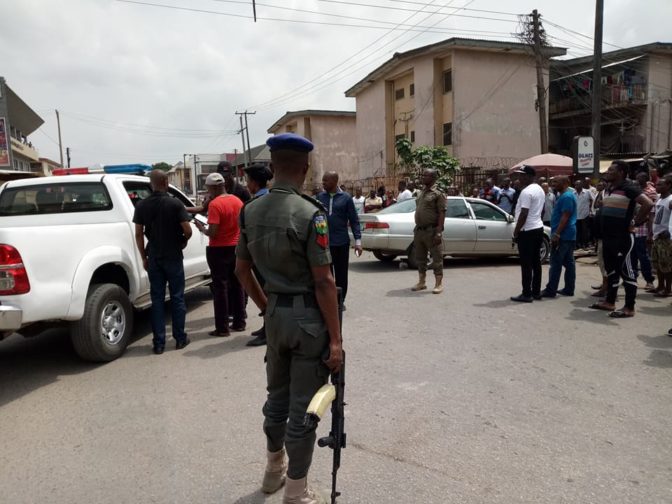 Policemen at the scene of the incident
Some notorious armed robbers who were escaping with their loot have been caught after getting involved in an accident in Imo state.
It was gathered that the two suspected armed robbers were apprehended yesterday. Two out of the three-man gang were caught while trying to escape after the robbery with wads of cash stacked in nylon bags inside their car. 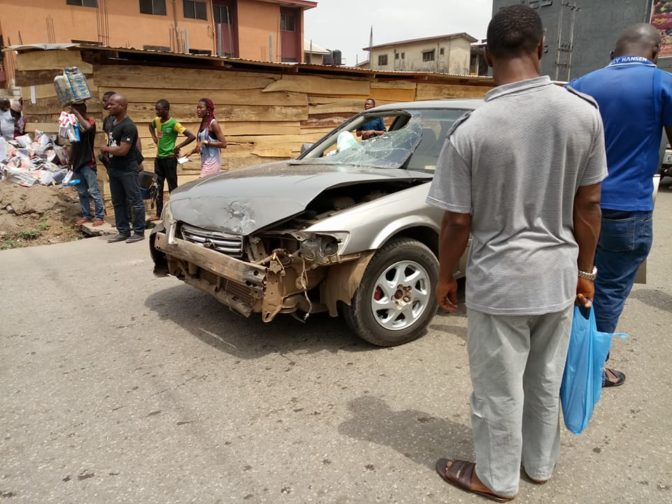 While on top speed, the robbers ran into a moving vehicle along a Secondary School, as two of them were apprehended while trying to flee the scene of the accident. One of the robbers was said to have taken a bag of money and ran away. 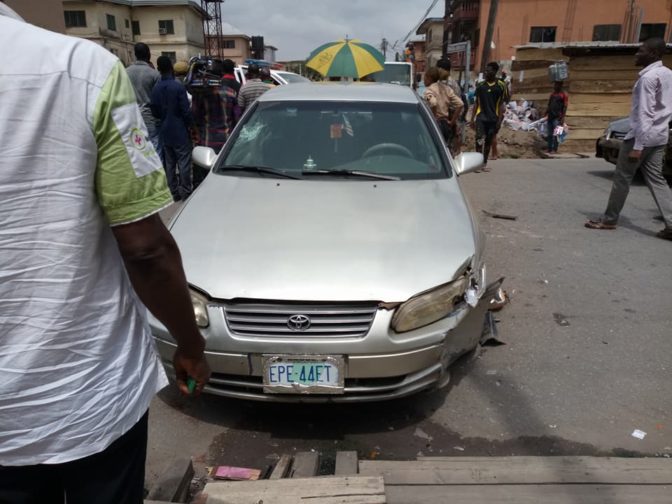 A combined team of Mobile Policemen and members of the department of State Security Services who were on ground to quickly calm down the situation, took the remaining suspected robbers, their loot and car to State Police headquarters. 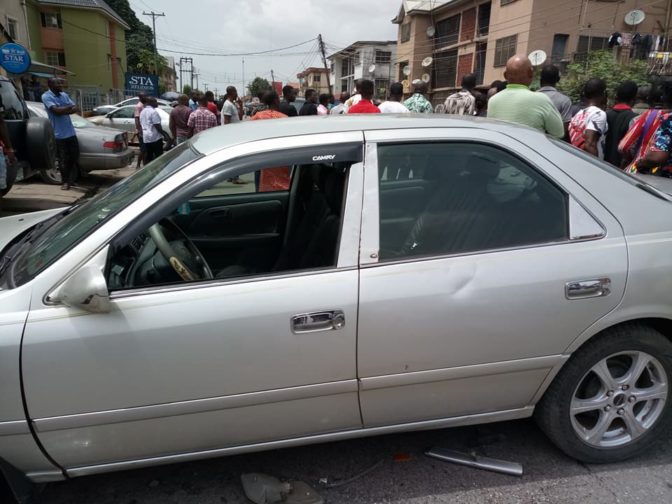