Missing Mace: Senator Omo-Agege Reacts To His Arrest By Police


The senator accused of invading the senate chamber with thug and stealing the mace has reacted after his release by the police. 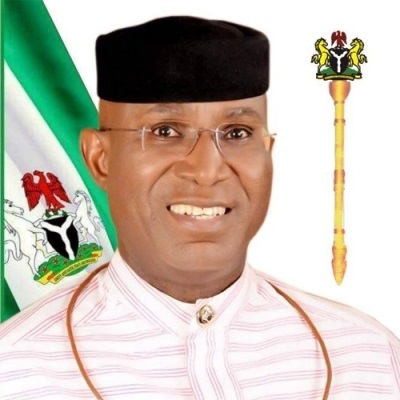 Senator Ovie Omo-Agege
Embattled Senator Ovie Omo-Agege representing Delta Central has released a statement following the invasion of the senate chamber and theft of mace. Omo-Agege who was on Wednesday arrested by the police over the incident and made to write a statement denied being a participant in the matter.
Here is a statement from the senator:
On Thursday, April 12, 2018, the Senate purportedly suspended Senator Ovie Omo-Agege. However, based on legal advice and his understanding of the current position of the law, Senator Omo-Agege today resumed work and sitting with his colleagues.
A few champions of the unconstitutional, invalid and tyrannical suspension tried to stop him but those who opposed it welcomed and protected him throughout the sitting.
We are grateful to the many Distinguished Senators who stood by Senator Omo-Agege.
We are aware of several media reports suggesting that Senator Omo-Agege personally removed or encouraged anyone to remove the Mace of the Senate. This weighty allegation is not true at all.
Following the said media reports on the Mace issue, the Police authorities decided to hear from Senator Omo-Agege. He has told the Police his perspective to help them carry out a proper investigation. He has since left the Police.
Senator Omo-Agege trusts them to thoroughly investigate this very serious matter.
We are also aware of a statement allegedly issued by the Senate Spokesperson, Senator Abdullahi Sabi.
Without any investigation, Senator Sabi willfully, deliberately and unfairly made very serious allegations against Senator Omo-Agege on the Mace incident. We are carefully studying Senator Sabi’s allegations to ascertain their full ramifications.
Appropriate responses will follow, as may be necessary.
SIGNED:
Barr. Lucky Ajos
For: The Office of Senator Ovie Omo-Agege
Top Stories