Supporters of Governor Ambode staged a protest at the Lagos home of a former governor of Lagos State, Asiwaju Bola Ahmed Tinubu. 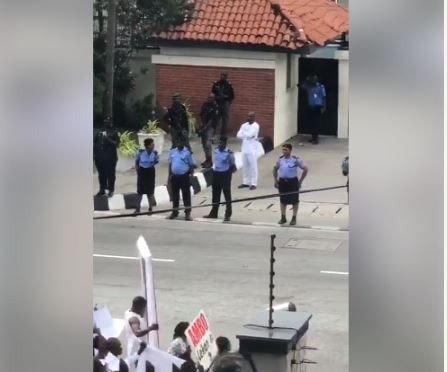 Police officers guarding Tinubu's house
Earlier yesterday, supporters of governor Akinwunmi Ambode, embarked on a peaceful demonstration in front of the residence of the All Progressives Congress (APC) national leader, Asiwaju Bola Tinubu in Bourdillon, Ikoyi area of the state.
The supporters were armed with placards as they showed their support for governor Ambode following the political rift between him and his godfather, Tinubu.
While the peaceful solidarity rally was going on, Tinubu's residence was under tight security as policemen stood at the gate and across the road to control the situation. 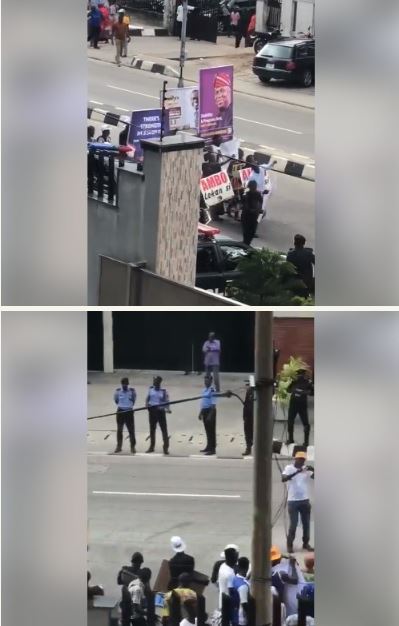 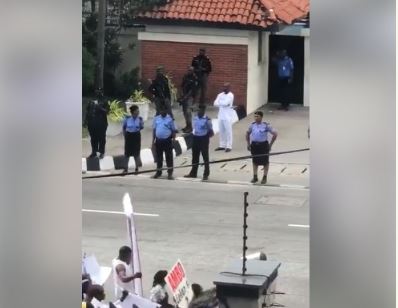 The quest of Akinwunmi Ambode to win a second term as Governor of Lagos State now looks more daunting than ever, following the emergence of evidence that Bola Tinubu, has endorsed Jide Sanwo-Olu, who served as a commissioner in the Babatunde Fashola regime and is currently the Managing Director of Lagos State Property Development Corporation (LSPDC).
Meanwhile, governor Ambode has restated his commitment to his political family, the All Progressives Congress (APC).
Top Stories