How Oshiomhole Will Cause Buhari's Defeat In 2019 - APC Chieftain


Dr. SKC Ogbonnia has called for the removal of a former governor of Edo State, Adams Oshiomhole who he believes poses a threat to the APC. 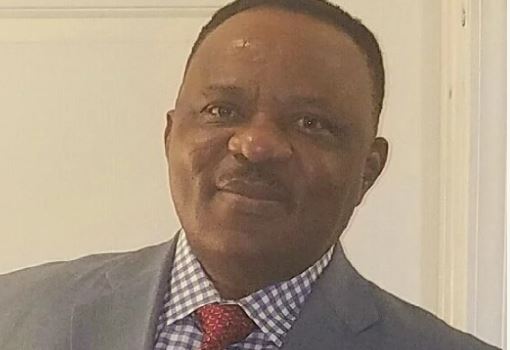 Dr. SKC Ogbonnia
Former APC Presidential Aspirant, Dr. SKC Ogbonnia, has called for the removal of the National Chairman of the ruling All Progressives Congress, APC, Adams Oshiomhole, adding that he could cause the President to lose the 2019 elections.
In a statement made available to PoliticsNGR, Ogbonnia said: “The calls for the removal of the national chairman of the All Progressives Congress, APC, Comrade Adams Oshiomhole, are widening like wildfire. That is not surprising. Unless the APC wants to risk a crushing defeat in 2019, the party has nowhere to go but to let Mr. Oshiomhole go now.
The APC has found itself in a situation where a crown was mistakenly placed on a clown, and the natives were expecting him to perform like a king.
“It is time this crisis ends. A growing multitude of party faithful is aggrieved. The party, as a matter of urgency, needs a visionary and result-oriented chairman, from any zone, who has the personality to assuage hurt feelings and the capacity to unite the party in time for the 2019 elections,” he added.