A teenage boy has found himself in trouble after stabbing a friend to death during a heated argument. 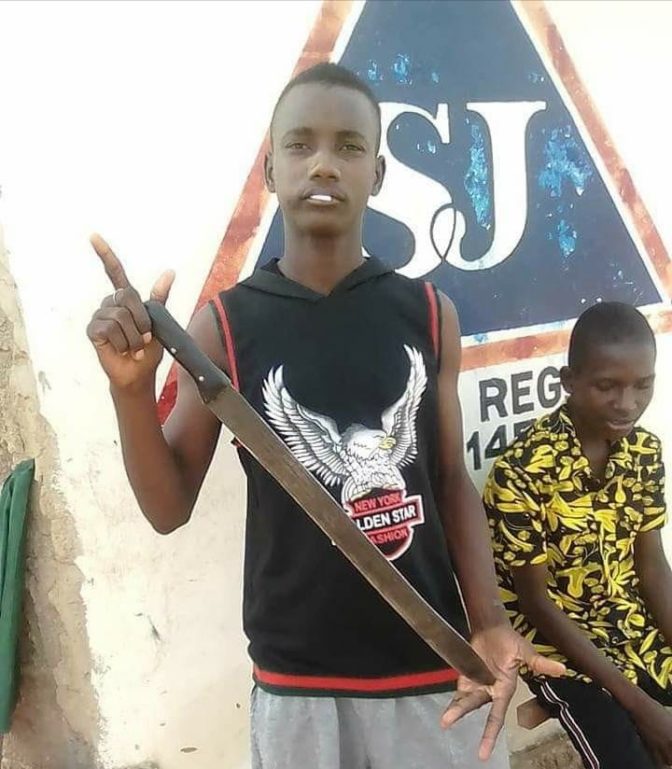 The killer boy
A young boy has died an unfortunate death after being stabbed to death by a friend during an argument in Jalingo, the state capital of Taraba.
A report by National Helm, revealed that the suspect (pictured with a cutlass) allegedly stabbed his colleague in the chest in broad daylight after a heated disagreement between them.
The young boy was said to have died on the spot before he was rushed to the hospital.
According to information gathered online, some reports claim the suspected killer is currently on the run while others say he has has been apprehended and will be charged to court as soon as investigations are concluded. 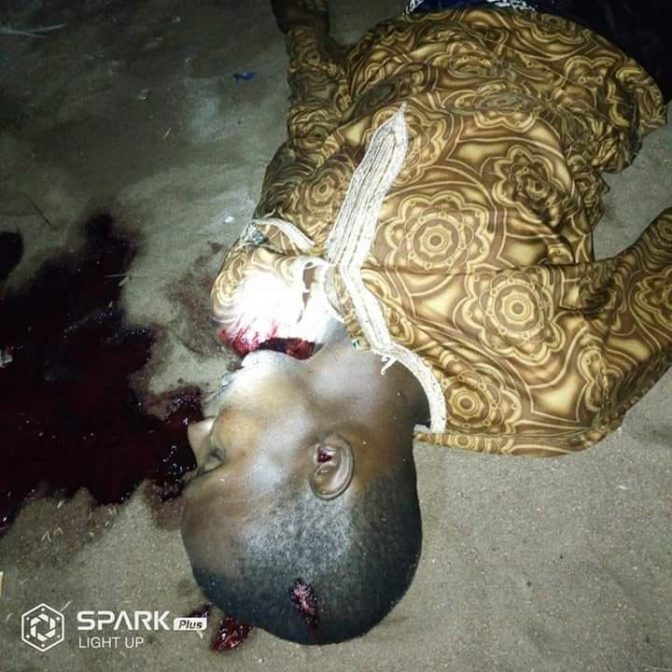