Who Said Atiku Is A Thief? - Oshiomhole 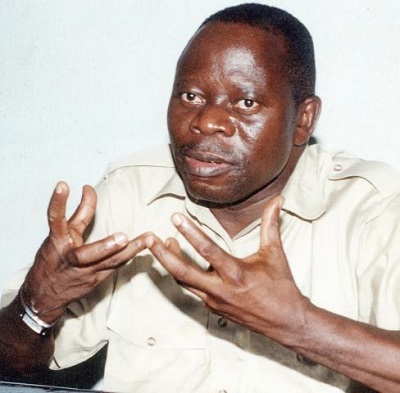 Comrade Adams Oshiomhole
The National Chairman of the ruling All Progressives Congress (APC), Comrade Adams Oshiomhole, has said that nobody has ever said that President Muhammadu Buhari is a thief but that same can’t be said about the presidential candidate of the Peoples Democratic Party, Atiku Abubakar.
Oshiomhole, who said this yesterday after receiving APC women leaders from Edo State and Abuja who paid him a solidarity visit in his office in Aso drive, Abuja, also added that Governors Ibikunle Amosun of Ogun state and Rochas Okorocha of Imo state were poor students of their own political history.
Oshiomhole said, “We know there are people across the divide who are fighting back. There is a gang up by those who are used to sucking the system without adding any value but Nigerians will not allow that.
“The two candidates are from the North and they are both Muslims. People are now going to look at character. Nobody has ever said Buhari is a thief. But who said the other person (Atiku) is a thief? It was his boss (Obasanjo).
He upbraided Atiku and the PDP National Chairman, Uche Secondus for calling on the Inspector General of Police, IGP Ibrahim Idris and Chairman, Independent National Electoral Commission INEC, Prof. Mahmood Yakubu to resign.
He said Atiku wants to replace the IGP while Secondus intends to become the INEC Chairman in order to subvert the electoral process.
Oshiomhole said that since ethnic and religious sentiments that characterised the 2015 election wouldn’t be factors in 2019, Buhari would defeat Atiku.
He said Buhari remained the best candidate to lead the country to progress, economic recovery, peace and stability, adding that Nigerians would resist the gang-up against him.
Top Stories