Fans of Olakunle Churchill have continued to tease him about being weak in the 'other room' as alleged by his ex-wife. 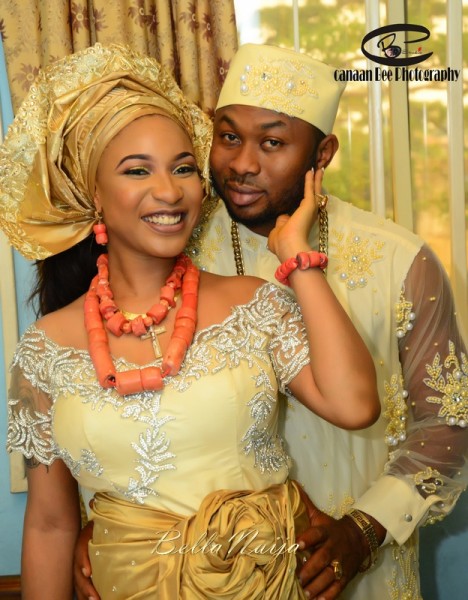 Tonto Dikeh and Churchill
Tonto Dikeh broke the internet when she alleged that her ex-husband, Olakunle Churchill only lasts for about 40 seconds in bed as a result of a medical condition he is battling with.
People flooded her ex-husband's page with mocking comments and this has refused to stop.
A female fan recently went to his page to crack the usual joke thereby forcing the single father of two to reel out his sexual records.
"Of course not. Don't be deceived, you cannot undermine an ex military boy.... I am a tireless Machine during marathon," he told the fan. 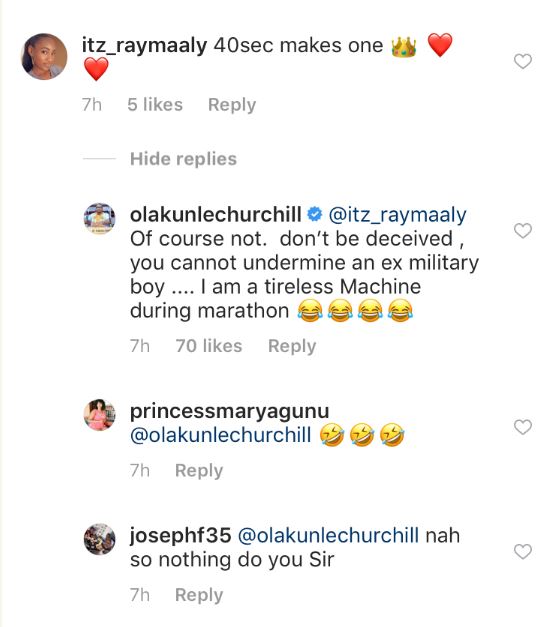