The PDP lawmakers were, however, overruled by the Speaker, Adeniran Alagbada, who claimed that the chairmen went too far in their actions. 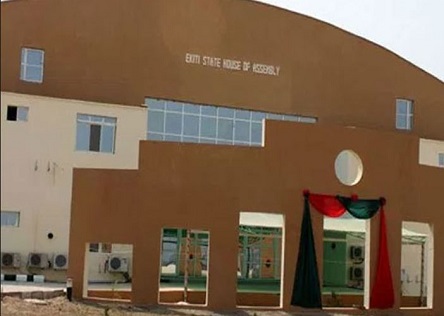 The decision, which was taken during the valedictory session of the fifth assembly, was based on the report of a panel which indicted the council chairmen of mismanagement of public fund.

The lawmaker representing Ikere Constituency II, Mr Sunday Akinniyi, on Monday presented the report of the House Committee on Public Account, which recommended sanctions for the local government chairmen.

However, the PDP lawmakers in the House of Assembly opposed the recommendation.

The PDP lawmakers were, however, overruled by the Speaker, Adeniran Alagbada, who claimed that the chairmen went too far in their actions.

Alagbada cited an example of his local government, Ise/Orun, where over N300m was set aside for building of secretariat, but the contract was not executed.

The assembly also screened and confirmed the nomination of chairmen and members of three commissions nominated by Governor Kayode Fayemi.

Alagbada congratulated the appointees and urged them to justify the confidence reposed in them.
Top Stories