The AU's Peace and Security Department disclosed this in a post on its official Twitter page on Thursday. 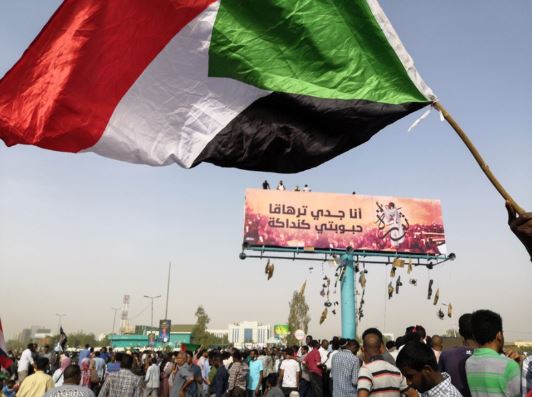 African Union (AU) on Thursday suspended Sudan as its member.
The announcement followed an emergency meeting by the AU in Addis Ababa, Ethiopia, after the violent dispersal of a protest camp in the Sudanese capital, Khartoum, began on Monday, Al Jazeera reports.
The AU’s Peace and Security Department disclosed this in a post on its official Twitter page on Thursday.
The post reads: “The AU Peace and Security Council has with immediate effect suspended the participation of the Republic of Sudan in all AU activities until the effective establishment of a Civilian-led Transitional Authority
“As the only way to allow Sudan to exit from the current crisis, participation in all AU activities would be suspended with immediate effect.”
At least 108 people have been killed and more than 500 wounded, according to the Central Committee of Sudanese Doctors (CCSD).
Top Stories