RnB legend, R. Kelly has appeared in court over sex crime charges, pleading not guilty to the charges. 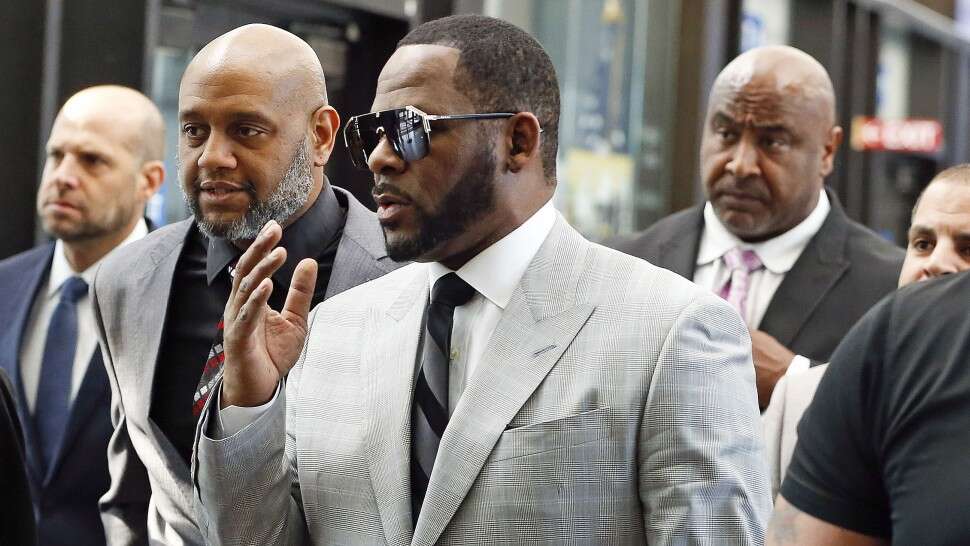 R. Kelly
R. Kelly, the world famous RnB star, pleaded not guilty on Thursday in a Chicago courtroom to 11 new felony s*x crime charges, a report by the Agence France Presse, AFP has shown.
The charges were a refiling of one of the four cases of alleged abuse that prosecutors lodged against the singer earlier this year.
A grand jury last week increased the felony counts against the 52-year-old and upgraded some of the charges. He now faces five felony counts of aggravated criminal s*xual assault.
If convicted of the most serious charges, Kelly would face mandatory sentences of six to 30 years in prison on each count.
Kelly, through his lawyer, pleaded not guilty during a short arraignment hearing. The next court date was set for June 26.
The singer’s attorney Steve Greenberg dismissed the new charges as a rehashing of old allegations.
“It’s the same case. It’s just they changed what they charged him with,” Greenberg told reporters at the courthouse, while again attacking Kelly’s accusers, saying “they aren’t victims.”
The 11 charges handed down by a Chicago grand jury are connected to the January 2010 alleged sexual assault and abuse of a person identified in court documents only as JP.
Three of the charges are for the sexual abuse of a child between 13 and 16 years old. In some of the counts, Kelly is accused of having threatened or used force against JP.
The singer is currently out on bail after paying 10 percent of a $1 million bond, as is required in the state of Illinois.
The presiding judge did not increase bail despite the more serious charges, because Kelly has appeared for all court dates as required.
Kelly has a decades-long history of abuse allegations, especially of underage girls.
He was acquitted in a child porn trial over a decade ago, and had maintained a steady fan base and continued to perform.
His fortunes changed after the docu-series “Surviving R. Kelly” led Chicago prosecutors to publicly seek out potential victims.
Prosecutors said they have DNA evidence and video of Kelly having sex with a 14-year-old girl.
Much of that evidence has not yet been shared with Kelly’s defence team, Greenberg said, adding that he didn’t expect a trial until “sometime next year at the earliest.”