A man has reportedly taken his own life after finding out through paternity test that the child he thought he fathered with his wife belongs to another man. 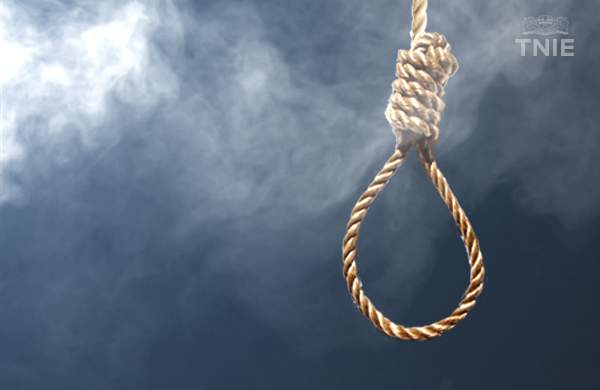 File photo
An elderly American man married to his wife for 21 years has reportedly committed suicide after he found out that the child he had with his wife doesn't belong to him..
The revelation was made after a paternity test was conducted on the child.
The story of the man was shared in a popular American Confession page on twitter, HBCU Confessions.
According to a man who claimed to be the roommate of the boy involved, advised all men to take a paternity test on their kids, even if they trust their partners.
The old man couldn’t get hold of himself after hearing the news and considering the fact that he had taken responsibility of the child up to the college level
TXSU wrote:
Fellas get a paternity test on all your kids…I dont care how much you “trust” your partner… my Roomate’s dad just found out after 21 years of marriage that his only child (my roommate) isn’t actually his due to an affair and he commited suicide. -txsu

Fellas get a paternity test on all your kids...I dont care how much you “trust” your partner... my Roomate’s dad just found out after 21 years of marriage that his only child (my roommate) isn’t actually his due to an affair and he commited suicide. -txsu

See reactions:
Please be there for your roommate & get them the help they need.. They are probably hurting the most..
*** Finally, a post that isint about sleeping with sum1 friend or some other wild off the wall shit… but be there for your roommate…. and try and comfort them as best as possible
*** Just keep in mind, there are 36 states that won’t relieve a duped father of child support even if he can prove it’s not his. Getting a dna test without consent of the mother can result in prosecution
*** The family court system in the west is heavily anti-male. The objective is to keep up/maintain the lifestyle of the woman. Kinda like when a woman divorce rapes her husband and takes half his shit, or more
Top Stories