11 Days After Inauguration, Buhari Yet To Announce Any Appointment


Nigeria's number one man, President Muhammadu Buhari is yet to make any appointment some eleven days after his inauguration. 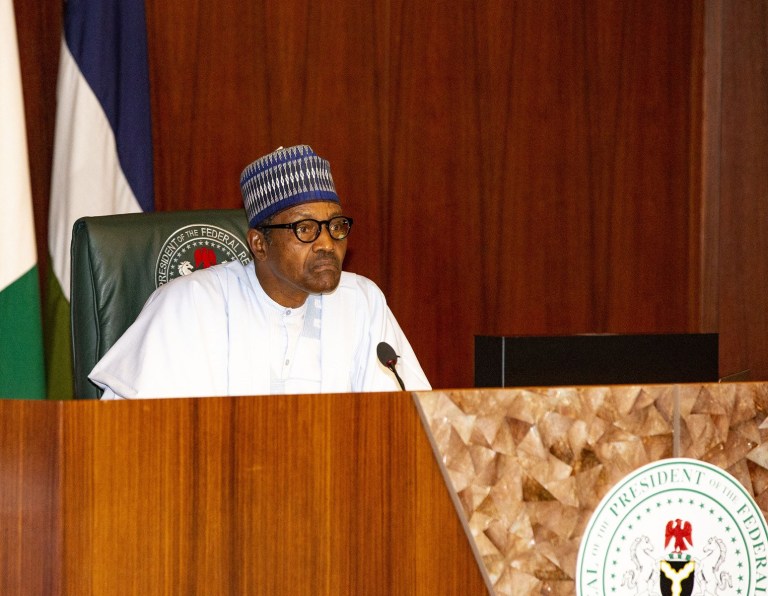 President Buhari
President Muhammadu Buhari has not announced a single appointment into his administration, 11 days after he was sworn in for a second term of four years.
Mr Buhari wrapped up his first term and immediately began a new tenure on May 29. His first term cabinet was officially dissolved on May 28, alongside all other political appointments.
Even though he promised to run a government with marked improvement on his first term, the president has carried on with his usual taciturn attitude to official activities.
The country has remained bedeviled by acute unemployment crisis, insecurity, infrastructure deficit and other national emergencies that should ordinarily require emergency attention. Mr Buhari came to power in 2015 to solve these problems.
Mr Buhari’s unprecedented six-month delay in naming a cabinet was partly blamed for Nigeria’s economic recession that began in August 2016. Even with the delay, the president ended up with what many Nigerians believed was a lacklustre cabinet with some ministers facing allegations of corruption.
The president promised to do better in his second term, but the first 11 days have revealed that he may not stay true to that promise.
Since May 29, the president has not made any appointments of people that would work with him. He has not named even the secretary to the government of the federation, chief of staff, chief security officer, state Chief of protocol, spokespersons or other political appointments that are largely deemed uncomplicated because they require no Senate confirmation.
Despite the widespread criticism the president received in his first term over delay in key appointments, his failure to name anyone in the first 11 days of his second term appears a retrogression in comparison.
In his first term, Mr Buhari named Femi Adesina and Garba Shehu as his spokespersons on May 31, 2015, barely two days after assuming office. Other administration positions were also filled within a short period, but the appointment of the secretary to the government, chief of staff and national security adviser took several weeks.
Although Messrs Adesina and Shehu, as well as the chief of staff Abba Kyari and a host of other political aides are still said to be working in unofficial capacity for the president, their appointments still need to be renewed to meet the requirements of the law, according to lawyer Inibehe Effiong.
Mr Effiong said all the political offices filled by Mr Buhari, except tenured appointments, have to be renewed because they expired with the president’s first term.
“When you compare this with the delay we witnessed in the first term, you will see that it is even worse,” Mr Effiong told PREMIUM TIMES Saturday night. “The SGF and the chief of staff should have been reappointed within 24 hours rather than keeping them doing government work in unofficial capacity.”
Mr Effiong said he had approached the court for a judicial review of the president’s action, saying it may cost Nigeria too much damage if not immediately addressed.
“For a president who has spent four years, it shows a lack of leadership and direction that he cannot learn quickly from the past and make swift appointments to kick the government running.”
“It seemed like if this man is in office for another 100 years, he would still not be able to navigate his activities,” Mr Effiong said. “It is a national tragedy.”
Mr Effiong said the president should have named his ministerial candidates ahead of the inauguration of the parliament on June 11.
“He should have prepared the list and then send it to them immediately they convene so they can clear the ministers to start work,” Mr Effiong said.
“This country is in a very bad shape and we cannot afford to be wasting much-needed time when even developed countries are running 24 hours.”
Mr Effiong said he was troubled that the president has not bothered to clarify the status of his aides despite the concerns it has elicited from the public.
Following widespread controversy over the six months Mr Buhari wasted to constitute his cabinet in 2015, federal lawmakers debated a bill to compel future presidents to name ministers within a month. The bill was defeated by the ruling All Progressives Congress-dominated National Assembly.
Mr Shehu did not answer calls seeking comments about why the president has been dragging feet over appointment or reappointment of aides.
Mr Adesina declined to comment on the same enquiries from PREMIUM TIMES Saturday night.
***
Source: Premium Times
Top Stories