The Deeper Life Bible Church based in the Niger Delta area has punished a couple for breaking the rules of courtship. 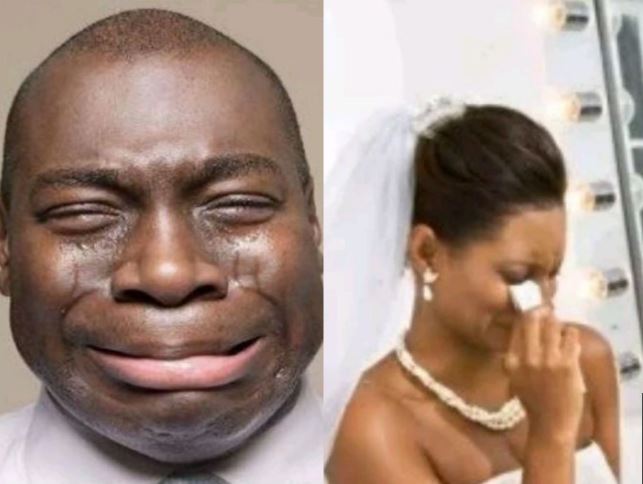 File Photo
Deeper Life Church in Bayelsa have suspended a couple's wedding for eating from the same plate a week to their official wedding.
The suspension notification came while their traditional marriage was going on.
The post was shared by a Twitter user who wrote:
"So I'm going to be narrating a funny story that was shared with me by a friend of mine who went for the wedding of his cousin that was cancelled on Saturday 8, 2019 at Okutukutu, Bayelsa by Deeper Life Bible Church @dclmhq they attend
I don't criticize pastors or churches, but this is overwhelming and annoying
So after all the preparation for wedding, the State Overseer of Bayelsa state called the chairman marriage committee of the church to suspend the wedding.
The message sent was "YOUR WEDDING IS SUSPENDED. TWO OF YOU ARE PLACED ON DISCIPLINE." This was sent on Friday during the traditional marriage.
Please who does this? After all the preparation for wedding.
So the family of the bride drove to the State Overseer house to beg him to allow the wedding hold. The mother of the bride was rolling on the floor crying & begging the pastor. But the man refused to answer and walked out on them. Even Jesus Christ never did like that to sinners.
So after crying, they went back home and the bride almost ran mad. And this is another reason that can lead to depression & I can provide @MentallyAwareNG contact to one of the family members to help connect the bride to a psychologist
The wife and husband said the chairman of the marriage stated that the reason why Bayelsa State Overseer suspended the wedding was because the couples to be ate in same plate a week ago. Which the State Overseer said it's wrong & should never happen until after wedding day.
I want deeper life @dclmhq Bible Church General Overseer pastor Kumuyi to look into this and call Bayelsa's State Overseer to explain why he purposely decided to spoil this family's day of Joy" 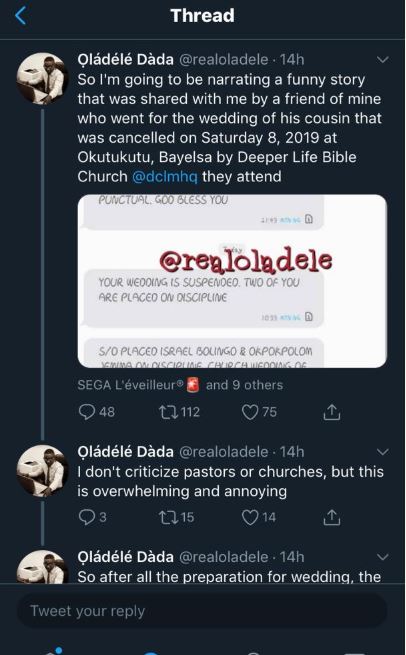