BBNaija Host, Ebuka Reveals How The Winner Will Finally Emerge


Ubah vowed never to leave the party, stating that he would always remain grateful to the party for helping him achieve his ambition. 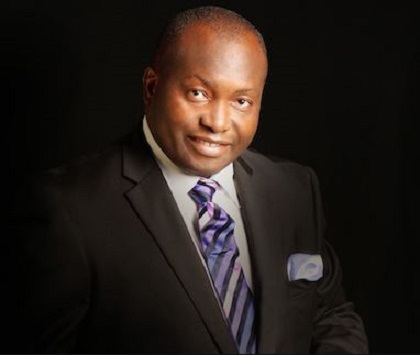 Ubah, according to a statement by the party in Abuja, was appointed at the YPP stakeholders’ engagement to mark the second anniversary of the party.

Speaking after the appointment, Ubah vowed never to leave the party, stating that he would always remain grateful to the party for helping him achieve his ambition.

He said: “What I have been searching for politically, YPP has given it to me. So, what on earth will I go to another party?

“I was in the other parties for almost everybody but nobody gave me the platform to become what I was looking for.

“I am not the ‘eat and leave’ type of politician. I do not believe in that. I am a very contented human being and everyone knows my pedigree. For me, I am here to build this party.

“A journey of a million miles starts with a step. We have to make it for the generation to know that we came, we saw and we conquered.”

He added that notwithstanding the challenges, YPP is strategising to take over political power in the years ahead, noting that the party was the party to watch out for.

According to him, “my word to Nigerians is that they should watch the performance of YPP in the Ninth Senate. The journey of a million miles starts with a step and I believe that the Ninth Senate will give us the platform to demonstrate what YPP really means for Nigeria.”

Ubah debunked claims that his support for Ahmed Lawan in the contest for the President of the Senate was to curry favour in his election petition case, noting that his decision to support Lawan was the decision of YPP.

He said: “From day one, I have always had my position. I have consulted with my party, we looked at his pedigree, his resume and found out that he is the person we want to support.

“Even if he does not make it, I will still work with him as the Leader of the Senate. I am a single YPP Senator; I need to form an alliance in the Senate.”
Top Stories

'Laycon Will Not Win This Big Brother Naija. Take It or Leave It' – Queen Vows