The attack which follows a series of attack in Borno State since June 12 happened at about 6 pm on Monday. 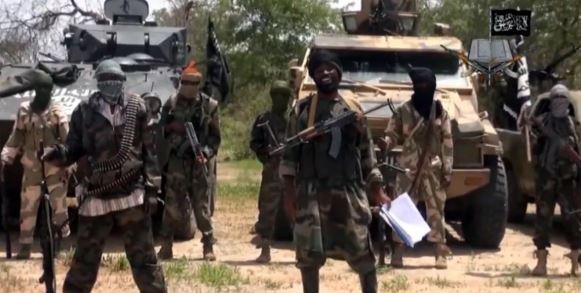 File Photo
At least five soldiers were killed on Monday evening when Boko Haram terrorists attacked a military base in Monguno, Borno state.
The attack which follows a series of attack in Borno State since June 12 happened at about 6 pm on Monday.
Military sources told SaharaReporters that the insurgents stormed the Base with about 30 utility vehicles, heavily armed and operated unhindered before reinforcement arrived.
Before they were engaged by Nigerian military reinforcements, the terrorists carted away arms and ammunition while setting the base ablaze.
“5 dead bodies of soldiers have been seen this morning and unverified number of soldiers are wounded, the military base was partially torch while arms and ammunition were carted away by the terrorists’ group.
“They also stole an ambulance and foodstuff meant for troops,” a military source who confirmed the torching of the Base said.
Top Stories