A police boss has turned an object of mockery after he was seen wearing a uniform with a broken zip and missing button. 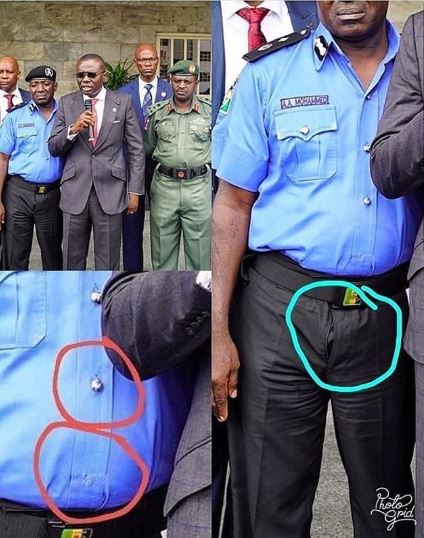 The Lagos Deputy Police Commissioner in question
A Lagos Deputy Police Commissioner is in the news for the wrong reasons. This has nothing to do with brutality or bribery and corruption but the way the man dressed.
Most security operatives in his position wear the best of uniforms and look smarter but the opposite seems to be the case here.
His uniform appears to have seen better days. A major button was missing and as for the pair of trouser, the zip was bad. The matured man donned the outfit with confidence and made a public appearance with the Governor of Lagos State, Babajide Sanwo-olu.
The man has become an object of humour on social media.
Top Stories