Some accident victims have escaped tragic death after being rescued by Good Samaritans who rushed to their aid. 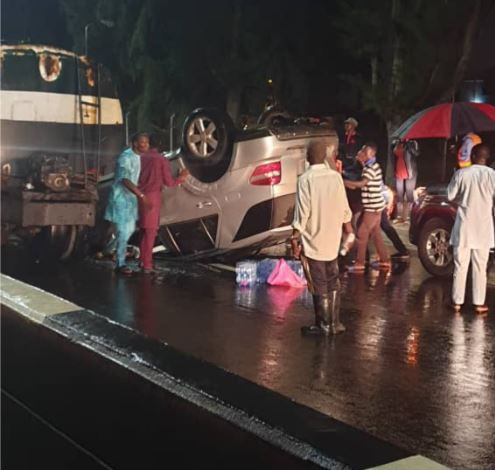 The occupants of this White Toyota SUV were lucky to get out unhurt after their car hit a truck and tumbled several times in Ikoyi, Lagos.
According to reports, the prompt response of good samaritans including Korede Bello's manager, Casper and another bystander identified as Godwin who helped flip the car over to rescue the victims, saved them.
The accident survivors were thereafter treated on the spot by Lagos State emergency response team before they were taken to a hospital in Lagos Island.
See more photos below: 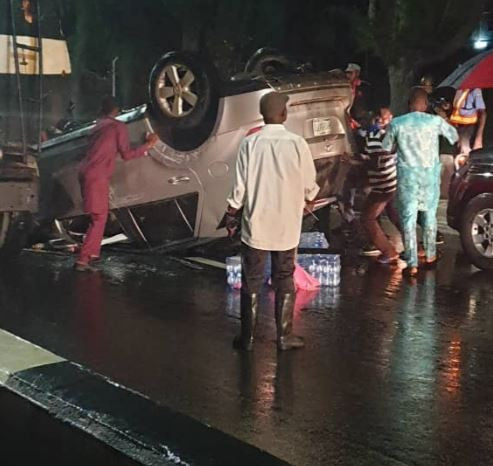 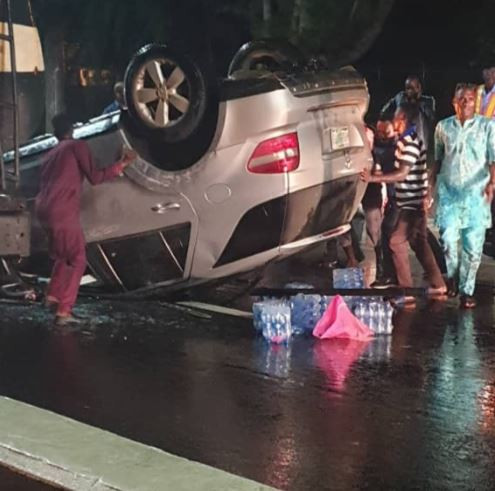