I Don't Know Where The $1bn For Security Is - NSA


The controversy following the money which was approved in December 2017 to tackle insecurity in the country, has continued in the wake of increased in the Boko Haram insurgency and others. 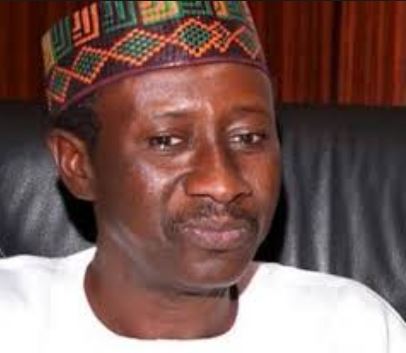 Babagana Monguno
The National Security Adviser (NSA), Babagana Monguno, has denied knowledge of the whereabouts of the $1billion approved by the National Economic Council (NEC) for tackling security challenges in the country.
Monguno who coordinates the nation’s security architecture, said the money was meant for the military alone, but not aware if it had been so released.
Speaking on the question on how the $1 billion approved for security was used, the NSA said only the Military can give an account of how the fund was applied since the money was approved for them to fight the Boko Haram insurgents
Details shortly
The controversy following the money which was approved in December 2017 to tackle insecurity in the country, has continued in the wake of increased in the Boko Haram insurgency, herdsmen menace, kidnappings, banditry and armed robbery.
This followed the apprehension raised over whether the finds had been released, when and for what specific purposes.
On its part, the Nigerian Army had stated that the money was still being processed
“The $1billion I believe that you are talking about was actually earmarked for the military, not for security agencies, like the intelligence community and the paramilitary agencies.
“It was earmarked for the military. As much as I know, whether it was given to them, I really don’t know”, he said in response to questions raised about it by State house correspondents at the end of the NEC meeting chaired by Vice-President Yemi Osinbajo.
Monguno who also briefed council also on the Menace of pipeline vandalism, illegal oil refineries and piracy, said government was able to destroy 373 illegal refineries and curtailed the activities of pirates.
“This situation in the Niger Delta is also affecting security in the Gulf of Guinea and we have been collaborating with the secretariat in Rwanda to work to reduce the activities of these people.
“So basically we need just domestic but international effort to deal with this situation. The federal government has invested much in setting up maritime domain monitoring facilities and hopefully not the next couple of months we should be able to set up all these structures to reduce the level of insecurity"
The Inspector General of Police Mohammed Adamu, who also strategic paper on how to tackle insecurity, cultism, armed robbery, banditry, said “ the situation is being stabilized now”
He announced that close circuit television cameras CCTV, are being installed in strategic places in the fct to fight crimes, adding that “ it will be extended to other states, while also working to improve relationships with members of the communities, as well as tackle Challenges of funding.
He announced the setting up of Security and Policing Committee by NEC to help monitor security activities.
Top Stories