A former staff of the Covenant University has been dragged to face the wrath of the law after being accused of stealing. 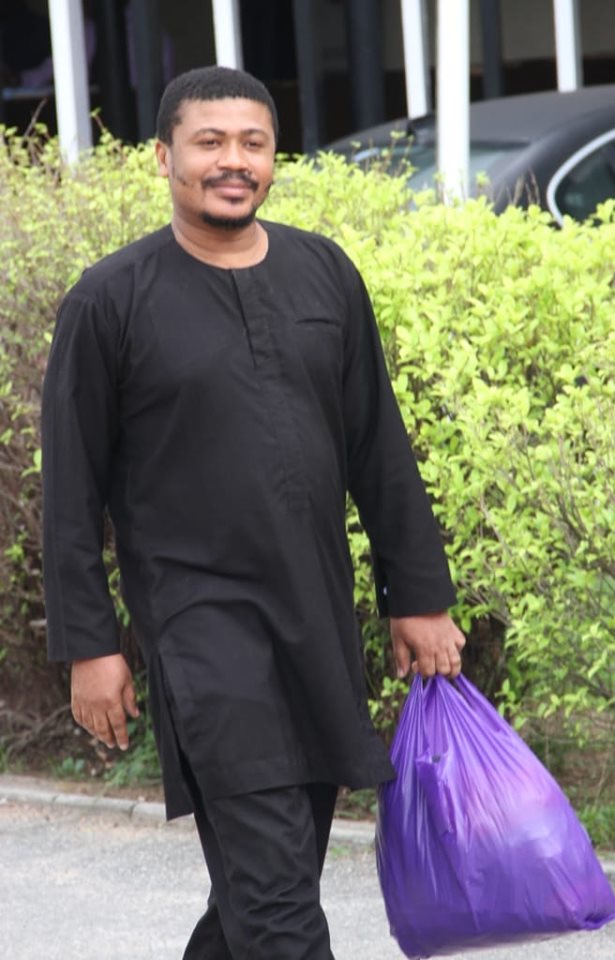 Owolo Onorouioghene Dan
The Economic and Financial Crimes Commission, EFCC, Lagos Zonal office, on Monday, June 24, 2019, arraigned one Owolo Onorouioghene Dan, a mobile application developer, before Justice Saliu Saidu of the Federal High Court sitting in Ikoyi, Lagos. He was arraigned on a three-count charge bordering on stealing and money laundering to the tune of N186, 552, 909.00(One Hundred and Eighty-six Million, Five Hundred and Fifty-two Thousand, Nine Hundred and Nine Naira.
The complainant, Covenant University, Otta, Ogun State, alleged that the defendant, who was a seconded staff of the Vice Chancellor of the University, was engaged on October 12, 2016 to create an e-payment platform, which he tagged Sanwo Payment Platform.
However, the defendant, who was also operating and managing the platform, allegedly diverted from the payment platform a sum of N186, 552,909 to various bank accounts domiciled in Zenith Bank Plc and Ecobank Plc between December 2017 and February 2019.
One of the counts reads: "That you, Owolo Onorouioghene Dan, between 10th day of July, 2018 and 18th day of February, 2019 in Lagos, within the jurisdiction of this honourable court, retained the aggregate sum of N122,748.00 (One Hundred and Twenty-two Million , Seven Hundred and Forty-eight Naira) in your Zenith Bank account number 2213999627, which sum forms part of your unlawful act to wit: stealing and you thereby committed an offence contrary to Section 15 (2) (a) of the Money Laundering Prohibition Act.”
The defendant pleaded not guilty to the charge when it was read to him.
In view of his plea, the prosecution counsel, Ebuka S. Okongwu, asked the court for a trial date and also prayed that the defendant be remanded in prison custody pending the hearing and determination of the case.
However, counsel to the defendant, E. O. Bintu Oyobio, prayed the court for a short date for mention of the bail hearing.
After listening to both parties, Justice Salihu adjourned the case to July 3, 2019 and remanded the defendant in Ikoyi Prison.
Top Stories