Two promising Nigerian footballers who are quite young have been signed up by one of the biggest football clubs in Europe. 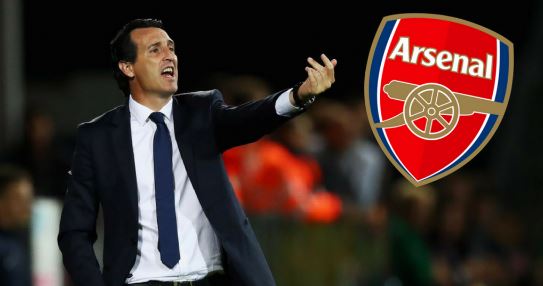 Arsenal coach, Emery
Arsenal have signed a new deal with Nigerian players: Ovie Ejeheri and Daniel Oyegoke, ahead of next season.
According to Allnigieriasoccer, the Gunners signed the new deal with Ejeheri and Oyegoke at London Colney on Monday.
Ejeheri is a goalkeeper while Oyegoke is a right-back.
The duo will play for Arsenal’s U18s in the 2019-2020 season.
Arsenal finished outside of the English Premier League top-four last season.
Unai Emery’s side were defeated by Chelsea in the UEFA Europa League final last term.
Top Stories