Baruwa had challenged the qualification of Dapo Abiodun on the ground of failure to disclose all his academic qualifications. 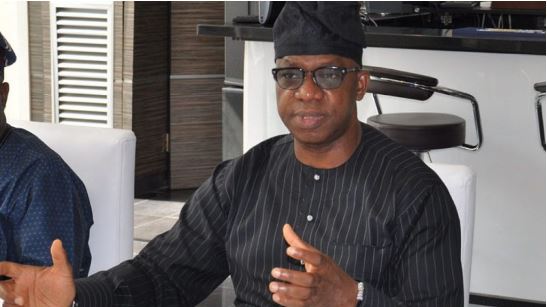 Dapo Abiodun
The Supreme Court has dismissed the appeal filed by Abdulrafiu Baruwa in the suit Appeal No SC/524/2019, challenging the eligibility of the Ogun State Governor, Prince Dapo Abiodun, to contest the governorship election in the State.
Baruwa had challenged the qualification of Dapo Abiodun on the ground of failure to disclose all his academic qualifications.
DAILY POST reports that the High Court of the Federal Capital Territory Abuja had ruled that the suit lacked merit, but the judgment was appealed by the litigant.
The Court of Appeal in Abuja also dismissed Baruwa’s appeal on the matter in a ruling by a three-member panel led by Justice Datti Yahaya.
Not satisfied, Baruwa proceeded to the Supreme Court.
However, when the matter came up for hearing at the Supreme Court yesterday, Baruwa’s lawyer, Mr. Kanu Agabi SAN, deposited that after a review of the position of the law, his client has instructed that the appeal be withdrawn.
Consequently, Justice Mary Odili (JSC), who delivered the lead judgement, dismissed the case in a short ruling.
Top Stories