The 41-year-old is widely expected to take over at Stamford Bridge in the coming days with Derby positioned to benefit from the move. 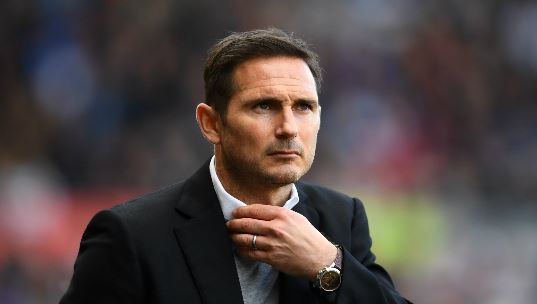 Frank Lampard
Derby County owner, Mel Morris has stated that Frank Lampard’s move to Chelsea “is not a done deal”.
Morris is hoping that Lampard will remain in charge of the club for next season, but also admitted that it is inevitable his manager will be appointed by Chelsea at some point.
Chelsea were given permission by Derby on Tuesday, to begin talks with Lampard over succeeding Juventus-bound Maurizio Sarri as their new head coach.
The 41-year-old is widely expected to take over at Stamford Bridge in the coming days with Derby in line to pocket a reported £4million in compensation.
“When Frank met me for the first time, we talked about this opportunity and even then we knew at some stage this was going to happen. We just didn’t know when.
“We talked about that and we both probably thought it would be some way off and, let’s face it, right now it’s still not a done deal.
“Let’s be blunt, as far as I’m concerned I’m hoping this guy is going to manage us next season. I’m not giving up hope on that at the moment.
“But you’d have to say at some point it will happen – whether it’s now or some point in the future.
“For Frank Lampard, it’s a win-win. He can’t lose in this situation,” Morris told talkSPORT.
Top Stories