The new Juventus coach, Maurizio Sarri has revealed that he smokes as many as 60 cigarettes a day. 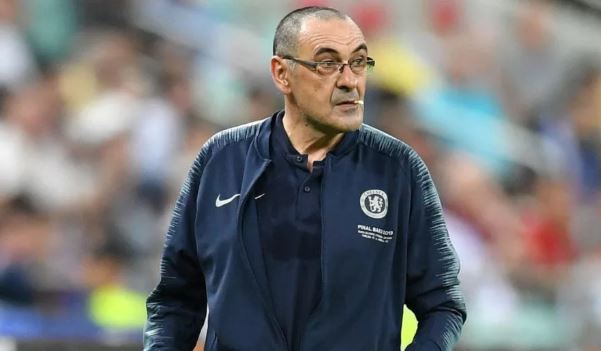 Maurizio Sarri
New Juventus coach Maurizio Sarri has confessed to smoking 60 cigarettes a day.
The 60-year-old former banker is not only well known for his playing style but also his smoking habits.
He averages around four packets of cigarettes a day and he’s admitted it’s getting out of control.
“I smoke 60 a day, which is probably a few too many,” he revealed to La Nuova Riviera via Football Italia.
That works out at a whopping £1,400 every month.
“I don’t particularly feel the need to smoke during games, but straight afterwards it really is necessary,” he added. “I had back problems tormenting me for weeks, but I feel much better now.”
Sarri, whose signed a three-year deal at Juventus, accepts that he’ll have to win over some fans considering his ties with Napoli.
“I arrive with skepticism, just as I did with all my other clubs,” he said at his unveiling.
“I understand that, but I know only one way to change that and that is to win and convince while entertaining and getting results.
“For three years (at Napoli) I would wake up and think about how to defeat Juventus, because they were a winning team. I gave 110%, but we still couldn’t do it. I will now give everything for this club.”
Juventus mean business ahead of the new season.
Top Stories