One Medical Doctor named Dolapo Oseji who claims to be a former family friend of Pastor Abiodun Fatoyinbo has revealed how the alleged randy man tried to sleep with her. 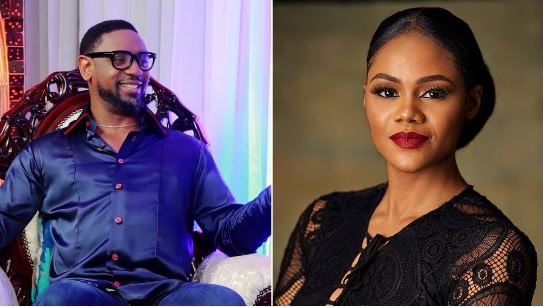 Pastor Abiodun and Busola Dakolo
More people who claim to have experienced the randiness of Pastor Abiodun of the COZA family have continued to speak up.
This is coming after Busola Dakolo, wife of popular singer Timi Dakolo claimed in a viral interview yesterday that Pastor Abiodun raped her twice while she was 16 years of age. Although, the 'man of God' has denied the allegations made against him, the smoke has refused to go away.
This lady named Dolapo Oseji explained the former cultist-turned Christian cleric invited her to his hotel room in Lagos while she was in her tweenties but she was smart enough to turn down his request.
Oseji is one of the long list of women narrating disparaging tales about the embattled flamboyant pastor who is the head of the 'Gucci Church'.
Read her story below as posted on social media: 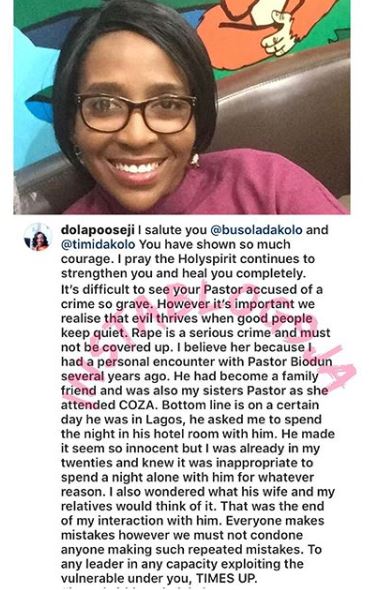