A Nigerian woman and member of the Commonwealth of Zion Assembly has mocked those protesting against her pastor. 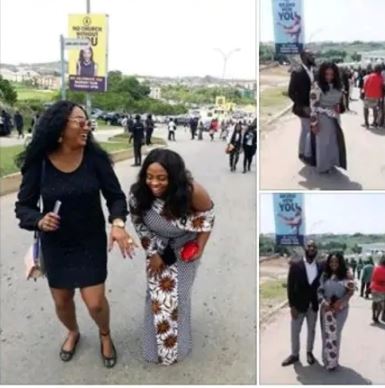 Queen Jules and a friend laughing at protesters
As heavy backlash and criticism is currently coming the way of the Commonwealth of Zion Assembly (COZA), following molestation accusations against Pastor Biodun Fatoyinbo, a female member of the church appears to be totally unfazed.
The woman identified as Queen Jules Okezie took to her social media page to mock those protesting against Pastor Biodun Fatoyinbo
Okezie in her caption mocked the protesters saying that the church will stand despite all tribulations.
Sharing the post on her Facebook page, she said: “So we were in church today laughing our eyes out, protest indeed….the church will stand and the gate of hell shall not prevail.” 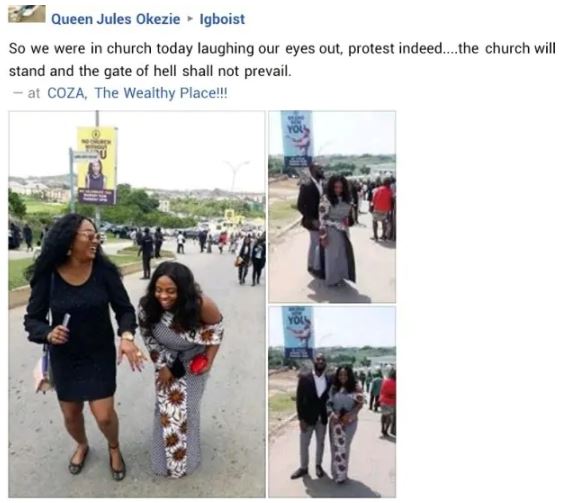